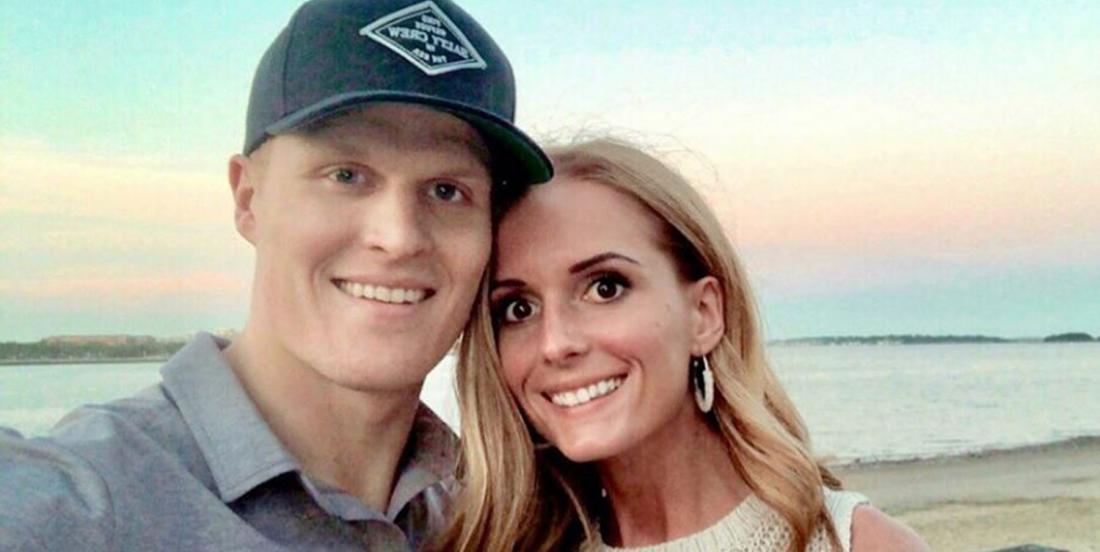 I must admit one of the most difficult stories I have had to cover this year, and in a very long time for that matter, has been the tragedy surrounding the passing of former Boston Bruins' and Edmonton Oilers' forward Colby Cave. Cave died tragically on April 11th after he initially suffered what has been officially labeled an acute obstructive hydrocephalus caused by a cyst in his brain. While that would be awful enough on its own the fallout from his passing has made his death all the more difficult to accept.

Just a few months prior to his passing Colby made the decision to marry the love of his life, we now know that lovely young woman as Emily Cave. As you would expect given the fact that they were newlyweds the couple was very much in love and were very much looking forward to living a long life with one another, but all those hopes were dashed on April 11th. Since then Emily's social media has effectively become an outlet for her grief and I must admit I have been entirely unable to look away even though it makes me incredibly sad every time I read one of her updates.

Today would have marked the couple's one year anniversary and as you might imagine today has been a devastating day for poor Emily. To hear her describe it, this is the worst day of her life excluding the day that she learned of her husband's passing. In order to preserve the integrity and spirit of her message here it is unedited and in full:

It's our 1st Wedding Anniversary today. A year ago was the happiest day of our lives. We had the most beautiful day surrounded by our loved ones. It was the best day of my life, other than the day I see you again. Today, is one of the worst, only beaten by one. April 11th, I took my last breath with you and haven't been able to exhale since. The pain has pushed past vital organs and has settled deep into my bones. I don't know how, but I'm somehow living with my heart ripped out of my body. You should be here with me to celebrate. i can't help but think about all the things, and experiences we will never have. It makes me want to puke, scream, cry, and shake, every time I think about not seeing you as a Dad. I will never be the same. When I was little, I was taught to protect my heart. To only give my heart to someone who could protect, guard, and love it. That's what you did, you were the glue that held my heart together. That's why today hurts so much more. Half my heart is with you in Heaven, it will always be, and the other half is shattered here. Despite being in Heaven, I believe you're still holding my broken heart, treasuring it, taking care of it, better than I ever could for myself, especially now. Even though we're not physically together, you continue to be an incredible husband, Colb. I just wish you were here so bad. I would do anything. I'm so lucky to be your wife and I will continue to live out our vows to one another until we are reunited. So here's to you, on our 1st year anniversary, my husband, my best friend, my other half, and my absolute hero. I miss you more than words can describe. Today is beyond unbearable. I'm not even close to being okay. But I do know one thing, I love you more than words can describe and I will always be yours, Colb. You were the best thing to ever happen to me. You were so excited to make me a Cave. It will always be my biggest honour, to be Mrs. Colby Alexander Cave. Agape, my love. One day closer to seeing you in Heaven.

They say that time heals all wounds but unfortunately I suspect that this is one wound that may never heal for Emily. My heart breaks for her, for the Cave family, for all of Colby's loved ones.