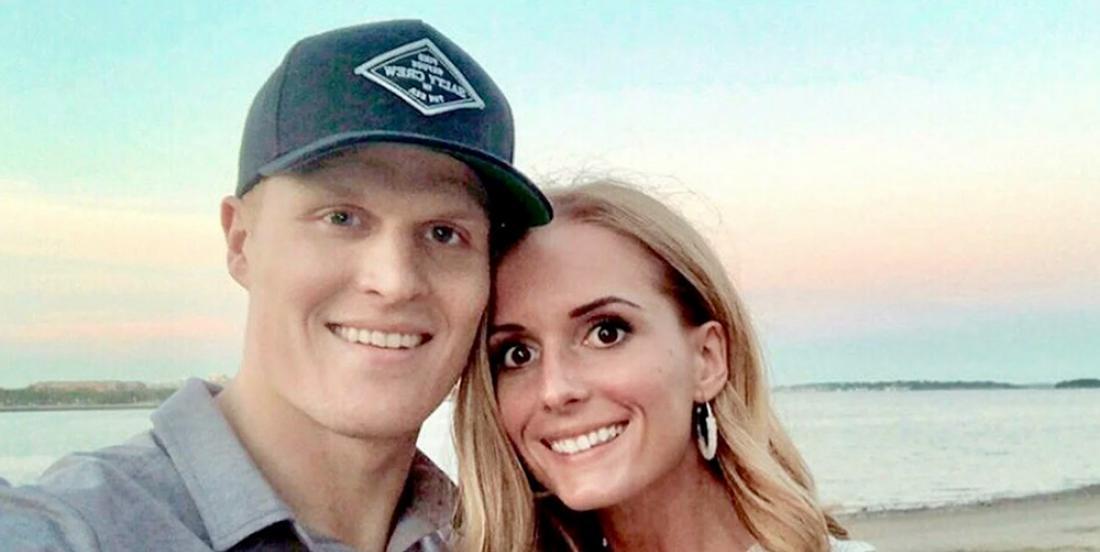 It's hard to believe but it's been nearly 3 months since Edmonton Oilers forward Colby Cave suddenly and tragically died after suffering a massive brain hemorrhage.

The new surrounding Cave's death came fast and furious. At first the 25 year old was rushed to hospital in critical condition after suffering a stroke. Details surrounding his condition were foggy, but his wife Emily Cave claimed that Colby was complained about a severe headache before being rushed to the hospital. For awhile, there was hope that Colby would pull through. That hope was short lived.

Colby passed away on April 11th, shortly after Emily was granted permission to say goodbye to her husband.

Now, Emily is sharing the crushing details of her husband's final days, his legacy and how she's trying to put the pieces of her life back together. Read below for some excerpts from her story, or click further below for the full version courtesy of ESPN's Emily Kaplan.

On Monday, April 6, everything was normal. At 9 p.m., Colby had an Instagram Live interview with a friend from Hillsong, the church we attended when we lived in Boston. When he finished his interview, he had a call from Oilers assistant GM Keith Gretzky. Keith told him, "When the NHL returns, we're going to have you come, Black Ace." It makes me so happy that Colby knew that. He was going back up to the Oilers, and he'd be an injury away from playing in the Stanley Cup playoffs. Keith was actually the last person to talk to Colby, besides me.

At 11 p.m., Colby started complaining of a headache. He said he was in a lot of pain. Colb was never sick. He didn't get the flu, never caught a cold, he was the epitome of health. I messaged my sister, who is a nurse, and started looking things up on Google. Colby said, "It's probably just a migraine." I remember saying, "What if it's not a migraine, Colb? What if it's a tumor?" He calmed me down and told me it probably wasn't that.

But through the night, he got significantly worse. He got up and vomited about four times, but then would fall back to sleep. I took his temperature at 6:30 a.m. and knew he really wasn't well. He was mumbling, I couldn't really make sense of it. I put on a mask and gloves and ran upstairs to my parents and told them, "Something's wrong with Colb. I feel it in my gut." By the time the ambulance got there, he was hypothermic and completely unresponsive.

It was so fast, so traumatic. Colby was airlifted to Sunnybrook Hospital in Toronto and underwent surgery to remove a colloid cyst from his brain. I wasn't allowed to be with him for any of it. Within 14 hours of Colb first saying he had a headache, I was told my 25-year-old husband was on life support. It wasn't until Thursday, when the doctor told me that Colby probably wasn't going to make it, that I was finally allowed into his hospital room, to physically be with him one last time, to tell him goodbye.