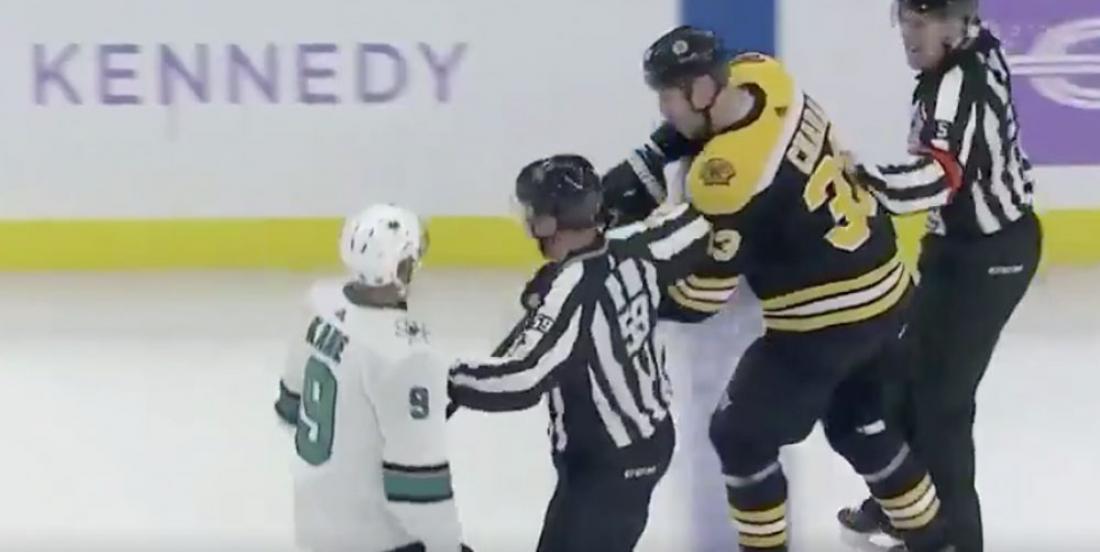 The Boston Bruins handed a beating to the San Jose Sharks on Tuesday, however, one player did not one to get one.

Early in the third period, Sharks forward Evander Kane threw an elbow into the face of Bruins defenseman Charlie McAvoy. Captain Zdeno Chara took exception to the hit on his young teammate, and things escalated from there.

However, Kane was not interested in responding for his actions and chickened out of a fight with the Bruins giant. Kane’s teammate Brenden Dillon went over to help out his buddy and thankfully for both of them, the officials broke things apart.

We think Kane might have remembered what it feels like to fight Chara. Last year, Kane dropped the gloves with the Bruins captain and regretted it.

In the end, Kane got himself ejected from the game and will need to forget about this one fast.