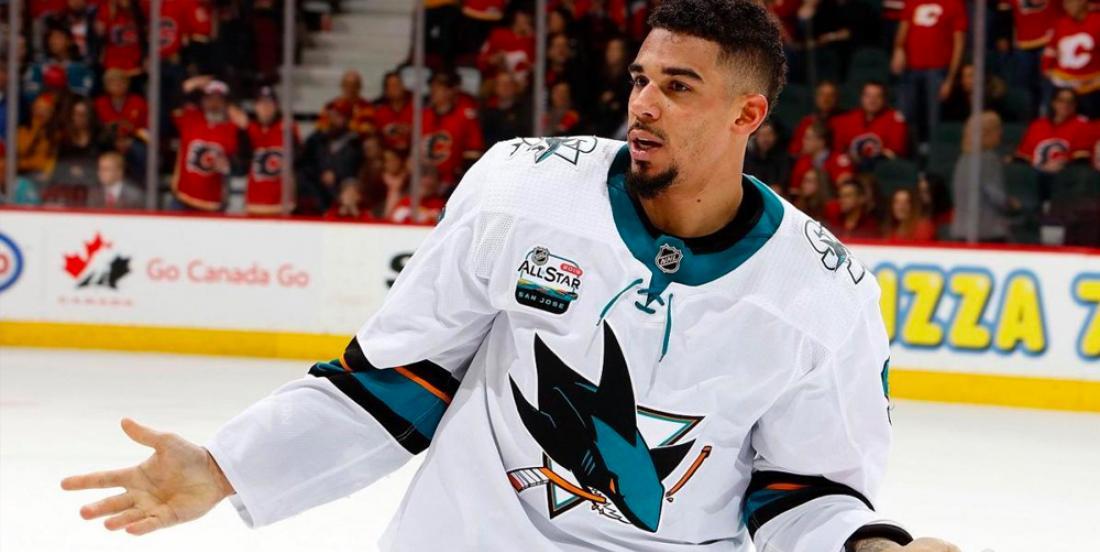 Per the complaint, the Sharks were contractually obligated to pay the bank back directly from Kane’s wages. However, Centennial says they stopped receiving direct deposits from the team in October 2019. In addition, Kane allegedly defaulted on the loan by missing a December 2019 payment and has made no payments since.

Now Kane has reportedly filed for bankruptcy claiming that he is nearly $27 million in debt, this courtesy of Sharks inside Kevin Kurz:

It's worth noting that Kane has a career NHL earnings of over $52 million...

So this begs the question, "What the HELL happened here?"

The filling detailed liabilities of $26.8 million and assets — largely three homes — of $10.2 million. And the filing included a note that warns he may not even play this year.

It’s unclear how the 29-year-old Kane, who has earned $52.9 million in team pay during his 11-year career, according to capfriendly.com, lost his money, but there are a few clues in the petition. Last year, The Cosmopolitan of Las Vegas settled a lawsuit against Kane for unpaid gambling bills. According to the Chapter 7 petition, in the last 12 months, he lost $1.5 million gambling.

What could lead to $26.8 million of debt was not spelled out in the petition for Chapter 7, a process which protects individuals or companies from creditors and provides for liquidation of certain assets to pay debts. Kane listed 47 creditors, ranging from a host of individuals to banks like Centennial and Scotiabank, to his former agency Newport.

The petition also disclosed he has a claim against Sure Sports, the loan broker that arranged the Centennial credit. “Claims against Leon McKenzie and Sure Sports LLC related to business advice and obtaining loans for Debtor,” the petition noted, referring to the CEO of the loan broker. “This includes violation of the Florida Broker’s Act, Deceptive and Unfair Trade Practice, Fraud, Breach of Fiduciary Duty.”

Sounds like Kane is supporting an entire compound with three homes and more than half a dozen people on the payroll...

Maybe most surprising though is the fact that Kane's lawyer has stated that Kane may not play this season due to health concerns.

Suffice it to say there's still a lot more to sort out in this story. Stay tuned.