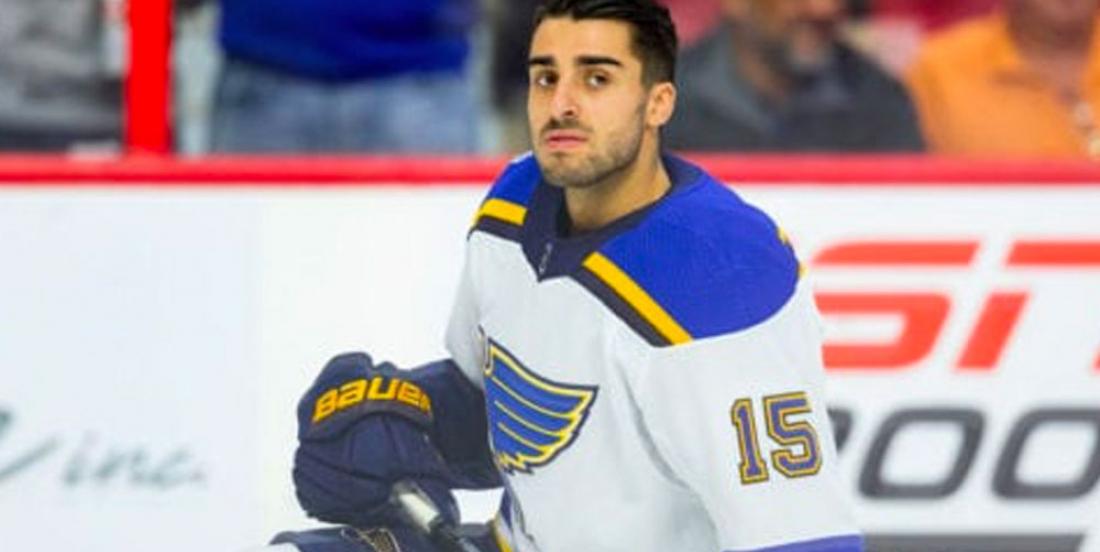 While the move might have come as a surprise for some, Blues general manager Doug Armstrong revealed to team insider Jim Thomas of the Post Dispatch that Fabbri requested to be traded from St. Louis this past summer.

“I asked him to be patient, and then he and I talked before this last road trip and we said if things don’t change I’ll certainly look to see what I can do,” Armstrong said. “Our team was playing good and he wasn’t getting on (the ice). So I tried to help him out and we were able to find a good situation with Detroit. It took a little while to get it done but I’m really happy for Robby because it gives him a great opportunity.”

It is true that the 23-year-old forward needs playing time and wasn’t getting that opportunity in St. Louis. With the Red Wings’ recent struggles, he is getting a great change to show what he’s capable of in Detroit.

A change of scenery will be more than beneficial for Fabbri, who took part in nine games with the Blues this season, with one goal (scored Oct. 17 against Vancouver) and no assists. He averaged 9 minutes, 42 seconds of ice time per game, but was minus-4, second-worst on the Blues ahead of Justin Faulk’s minus-5.

Fabbri scored 18 goals as a rookie during the 2015-16 season and was on a similar pace the following season, with 11 goals and 18 assists through 51 games before he sustained his first knee injury.  Unfortunately for the first rounder, he never regained his productivity after a second knee surgery and collected just two goals and four assists in 32 games last season.

The Blues wanted what was best for Fabbri in the end.