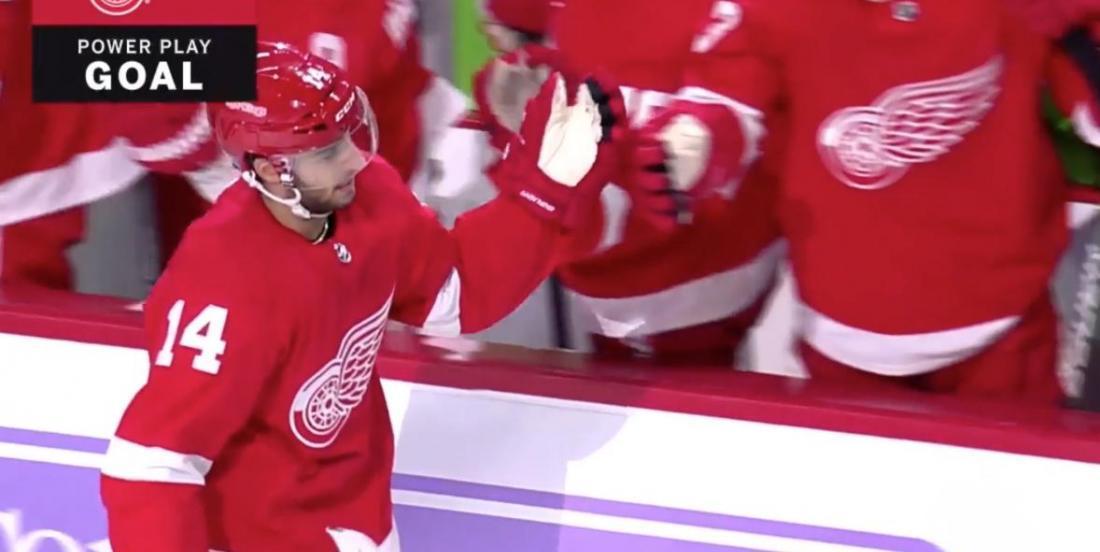 Earlier this week, Red Wings' GM Steve Yzerman made a move to try to change his team's luck. It seems that he may just have hit the Jackpot.

The Wings traded centerman Jacob De La Rose for the St. Louis Blues' Robby Fabbri. In his first game as a Wing, Fabbri has already scored 2 goals and is undoubtedly looking for the hat-trick.

Both of Fabbri's goals came on the power play, which is of some significance as Detroit has some of the worst power play statistics in the NHL this season. His goals came on nearly identical plays. Fabbri waits in the slot and gets a nifty feed from the left wing as he slips behind his coverage.

Both assists came from Tyler Bertuzzi who now has 14 points in 18 games this season. What is pretty incredible is that Bertuzzi and Fabbri were team mates in junior hockey with the Guelph Storm. They are now linking up in a big way as team mates in Detroit.

Everyone thought that the Red Wings got a great return for Jacob De La Rose by acquiring Robby Fabbri. That being said, safe to say that no one really expected him to put in such a great performance in his first game, especially considering the fact that he has dealt with injury related issues this season and in the past few years.

With two power play goals this evening, coach Blashill could look to him to be a center piece for the Wings' special teams after his statement performance tonight.

Fabbri was a first round pick in 2014 and was a scoring threat right away in the NHL before being injured and slowing down significantly. There is little doubt that he is still a great offensive player. Let's hope that he can keep the streak going.