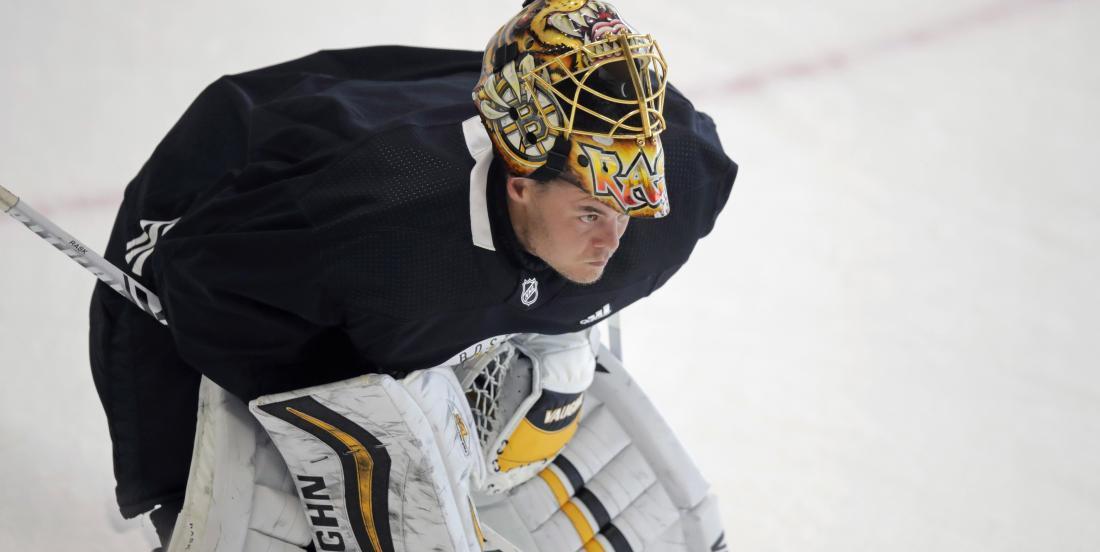 We get that fans are upset about the second-round exit, but… really?!

The Boston Bruins were eliminated from the Stanley Cup playoffs by the Tampa Bay Lightning, losing 3-2 in double overtime in Game 5 of the best-of-7 second round series on Monday in Toronto, the Eastern hub city.

It was a tough pill to swallow for players like captain Zdeno Chara and fellow defenseman Torey Krug, who might not return to this Bruins’ core and be done in Boston.

We bet it wasn’t easy for fans either, a fanbase who had high expectations in the regular season in which they finished with the best points percentage in the NHL, hoping their favourite team would be hoisting the Stanley Cup this time, after losing in seven games at the hands of the St. Louis Blues last summer.

Looking back at the Bruins’ playoff run, it seems easy to blame the sudden departure of star goalie Tuukka Rask, a finalist for the Vezina Trophy with a regular-season record of 26-8-6, 2.12 goals against average, a .929 save percentage, five shutouts. However, Rask left the Toronto bubble in the first round of the postseason, going back home to his family and leaving his team without the best 1-2 punch in goal.

Jaroslav Halak tried his best, but didn’t seem able to keep up with the workload. Or in simpler words: he isn’t Rask.

Some fans were so upset with the Bruins’ elimination that it appeared to prevent them from thinking clearly. One of them posted an embarrassing letter on social media, directed at Rask, telling him how he is a quitter and should never return to the Bruins’ lineup.

As a lifelong Bruins fan, I’m disgusted by your cowardly decision to give up.

You QUIT on:* Boston
* Your Coaches* All of Your Teammates
* Yourself * Every Bruins fan

I hope that I NEVER have to see U in a Black & Gold Sweater with the spoked “B” Again!”

This fan seems to forget that Rask rushed back home to be on his daughter’s bedside at the hospital. Maybe that person does not have any children… or heart for that matter. Many insiders were quick to criticize fans with mean words directed at Rask.

It’s also funny how we can easily imagine Bruins fans getting mad at Rask for choking in the postseason, if he had been the one in between the pipes and getting eliminated at this point in the playoff run…