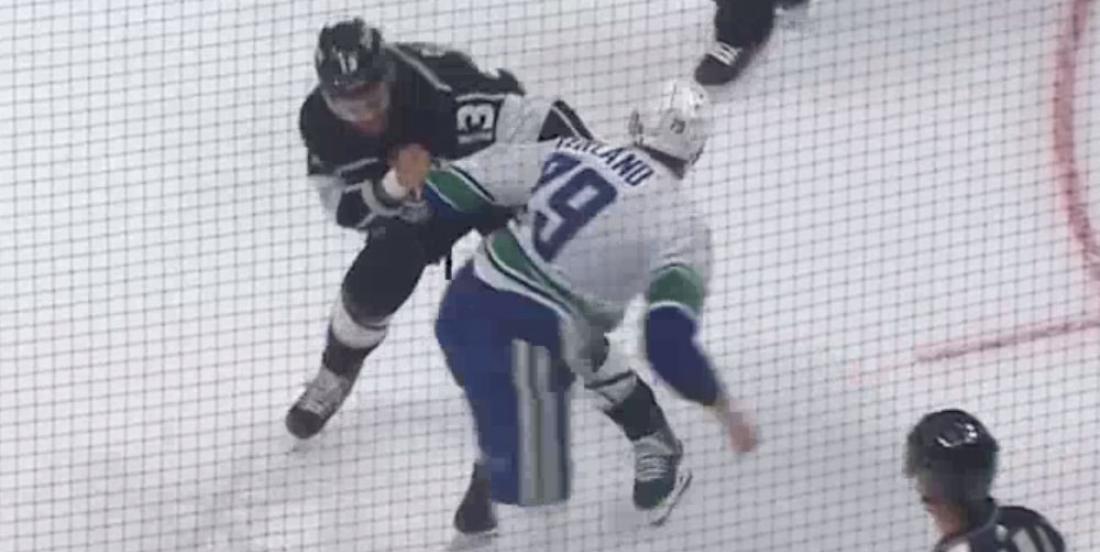 Micheal Ferland wanted to keep proving his worth to the Vancouver Canucks on Wednesday night against the Los Angeles Kings and so he decided to drop the gloves and have his first fight with his new team.

Without fear, Ferland dropped the gloves in front of Kyle Clifford, who was more than pleased to accept the invitation, and the two of them engaged in in a throwback bout right off of the draw.

The Canucks were trailing behind 1-0 and so Ferland might have been looking to get his teammates going.

This is the type of fights we haven’t seen that often in the National Hockey League this season.

While both players offered fans quite a bout on the ice, it got the best of Ferland in the end.

After the fight, Ferland was not seen back on the ice and it was later announced that he would miss the remainder of the game.