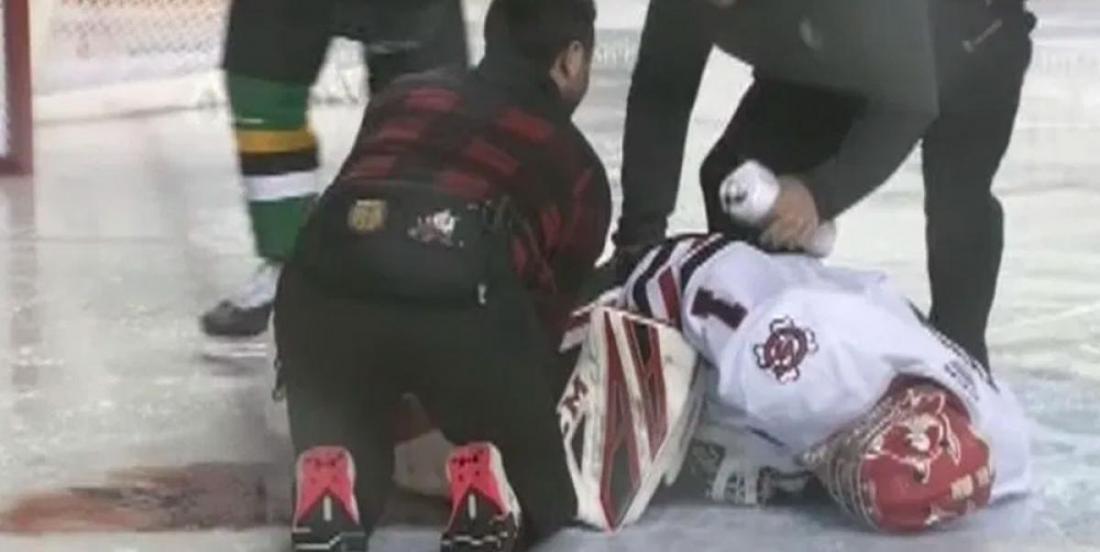 In mid-December, the Niagara IceDogs of the Ontario Hockey League lost their goalie Tucker Tynan after he was bleeding profusely following a collision in his own net.

Tynan went down and fans noticed something was tragically wrong after the collision. A skate cut his leg and Tynan needed immediate help.
After being down for some time, Tynan was eventually stretchered off the ice and rushed to the hospital where he underwent emergency surgery.

While he was eventually released and sent home to recover from the injury, reports were made the he needed to undergo a second surgery to ensure his muscle is re-attaching properly. Doctors expected he’d make a full recovery, but even better, he didn’t need the procedure, seeing that it looked better than it showed on the X-rays.

And now, we finally have an update on his recovery.

The young goalie, who will turn 18 in just two days, claimed to the Welland Tribute that he is determined to focus all his efforts on “looking forward” and making a “100-per cent recovery.”

The injury ended  a promising season in his NHL draft-eligible year, but the kid remains hopeful.

“I try to be optimistic, I try not to think about it. I just look at what I need to do to move forward,” he added.

We can only hope he will do as well or even better next season.