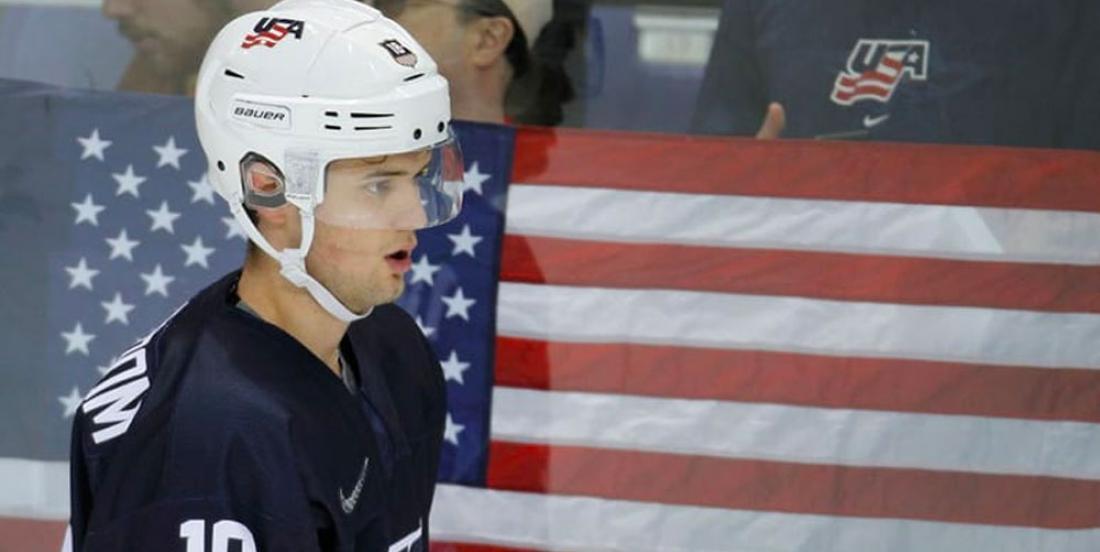 The Islanders’ prospect is getting a bad reputation…

New York Islanders prospect Oliver Wahlstrom didn’t perform as expected as a member of the American team during the World Junior Hockey Championship.

To make matters worse, it appears that the 19-year-old ruined his reputation in the last contest of the tournament, with the States lost 1-0 to Finland and were eliminated on Thursday. He received a major and a game misconduct as he was ejected.

Many pundits on social media have noted that the Islanders’ first round pick from 2018 was a loose cannon throughout the entire tournament and only proved them right in the last minute of the quarterfinal game when he delivered a blatant elbow to the head of Ville Petman.

Wahlstrom, taken 11th overall in the 2018 draft, has spent most this year with the Bridgeport Sound Tigers, the Islanders’ AHL affiliate and could end up spending more time there after his outing with USA.

After starting the 2019-20 season with the Sound Tigers, the young winger took part in nine games with the Isles, but failed to record a point. He was sent back to the AHL on Nov. 9 and has posted three goals and six assists in 20 games for Bridgeport this year.

Wahlstrom remains young and will be able to learn from his performance and the bitter taste he left in the months of fans and pundits.