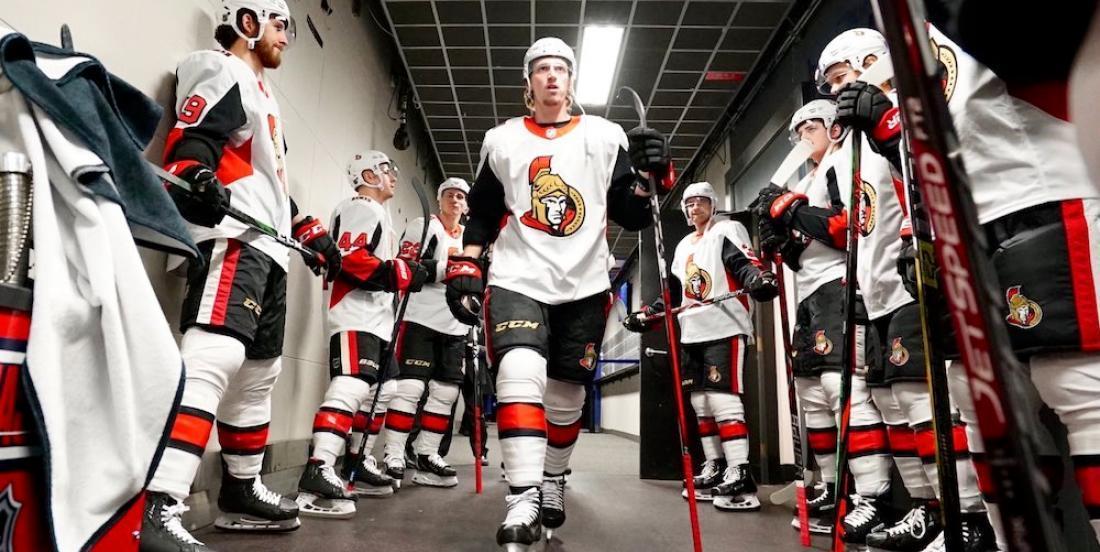 Garrioch made the second hand reports straight from words out of the mouth of Sens head coach D.J. Smith.

The Ottawa Senators stricken by the novel coronavirus have fully recovered.

That’s the word from coach D.J. Smith after a video call with the Ottawa media Wednesday afternoon, and he noted there may actually be a silver lining in what the club went through.

If the Senators needed a wakeup call, they certainly got it when five unnamed players, a member of the club’s staff and TSN 1200 colour analyst Gord Wilson all had bouts with COVID-19 after Ottawa returned from a road trip through California on March 12.

“Seeing it first-hand, it’s important you see that this disease doesn’t spare anyone and it doesn’t matter, as you see, with all the people in the world … it doesn’t matter — actors, actresses, rich, poor — you’ve got to make sure you stay safe,” said Smith, speaking for the first time since the NHL went on pause following the club’s 3-2 loss to the Los Angeles Kings March 11 at the Staples Center.

“I’m really glad that everybody in our organization and on that plane is now doing well, but it’s certainly a scary time. Yeah, it hit us, but at the same time it probably saved a lot of us because unless you see it up close that quickly, we probably got a little bit of a jump on this.”

Smith is hopeful the worst is behind the organization.

“The good news is that everyone who had it didn’t have horrible symptoms (like) what we’re seeing on TV and some of the people that have really struggled,” said Smith. “Some guys didn’t feel well, but being athletes, they all go through it and they’re all on the other side of it now.”

FINALLY! Some good news out of this awful pandemic.