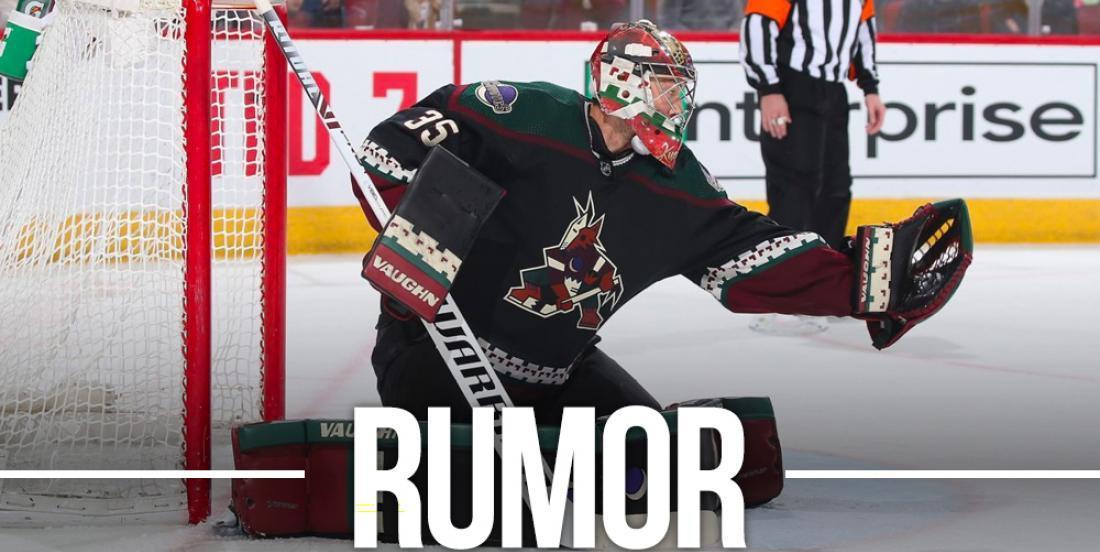 Big changes are coming in the Arizona desert this offseason.

Newly hired general manager Bill Zito has his work cut out for him during his rookie offseason with the Arizona Coyotes. The Coyotes are reportedly looking to shed salary and it’ll be up to Zito to facilitate that through the trade market. Earlier this week TSN hockey insider Darren Dreger reported that Zito and the Coyotes will listen to trade offers on “anyone 25 or older”.

To put that in perspective that means that the likes of Oliver Ekman Larsson, Phil Kessel, Darcy Kuemper, Derek Stepan, Nik Hjalmarsson, Antti Raanta and more could be on the move this offseason. And while Ekman Larsson has generated the majority of headlines across the NHL, Sportsnet insider Elliotte Friedman reports that as many as five teams have reached out the the Coyotes to talk about a trade for Darcy Kuemper.

Calgary, Carolina, Chicago, Edmonton and San Jose are among the teams who have asked about Darcy Kuemper.

Now, there’s a pretty big difference between “asked about” and “made a trade offer”. We have no way of knowing just how close the Coyotes are to trading Kuemper, but honestly any of these teams would be smart to jump on an opportunity like this.

Sure, with goalies like Braden Holtby and Jacob Markstrom expected to hit free agency and with trade options like Matt Murray and Marc Andre Fleury out there, it looks like the goalie market could be pretty robust this offseason. But, Kuemper shouldn’t be overlooked. He has put up solid numbers the past two seasons and at age 30, he looks like he’s just entering his prime. He may not be the surefire #1 goalie that the Flames, Hurricanes, Blackhawks, Oilers and Sharks are looking for, but he’s about as close as you’ll find at his price tag.

Add in the fact that he’s signed for two more seasons at a relatively reasonable $4.5 million and Kuemper becomes an even more intriguing option. What's a better deal? Trading a pick for two years of Kuemper at $4.5 million or give a seven year deal to a veteran like Holtby at $7-8 million per season? Easy choice.