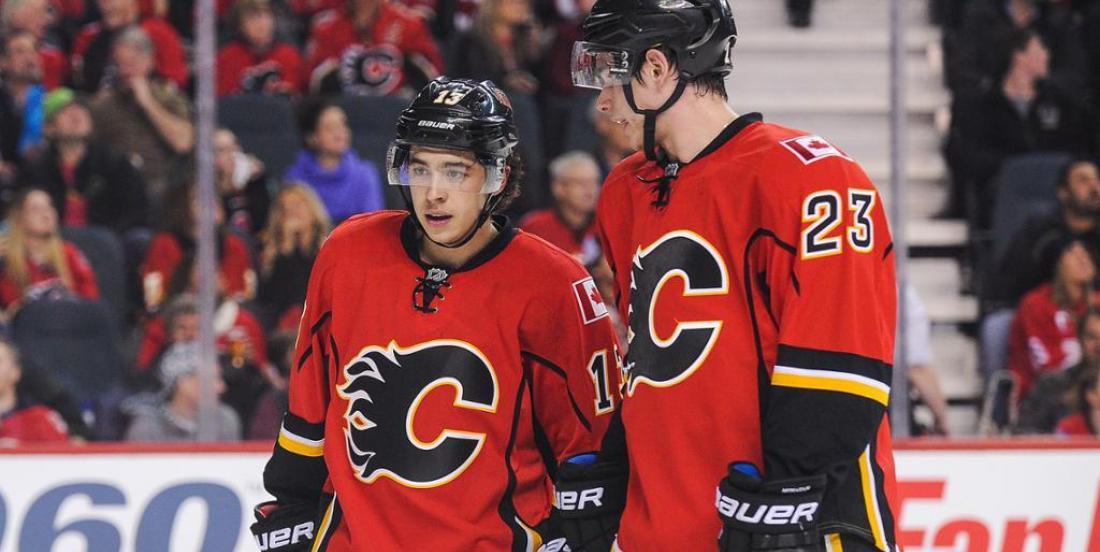 The Calgary Flames are getting ready to kick off the 24-team playoff tournament against the Winnipeg Jets, and it seems like there is a lot on the line for the players… Last week, team insider Eric Francis of Sportsnet reported that general manager Brad Treliving might be getting ready to make huge changes to his lineup, especially if the Flames fall to the Jets in the best of five series.

And it sounds like players are aware of that ultimatum as forward Sean Monahan admitted to Sportsnet on Wednesday they are ashamed of their postseason performance from last year and hope to redeem themselves.

“We got embarrassed last year in the post-season,” he said.

“You want to be a guy who can be a part of the post-season and that’s where a lot of guys’ legacies are built. That’s the kind of guys we want to be, and we want to step up and take charge in Game 1.”

And it looks like Monahan and teammate Johnny Gaudreau know they have to do better to keep their spot in Calgary. All eyes will be on Gaudreau, who struggled all through regular season and did not do all that well in Calgary’s last playoff participation in which he collected a single assist.

In 2018-19, Gaudreau put up 36 goals and 99 points, but it wasn’t the same this season as he got 18 goals and 58 points. He struggled to find his game and we surely hope the long pause has allowed him to find it.

Fans are still wondering if the 26-year-old can become a leader in the Flames’ dressing room, especially when the postseason comes around. We all know he has the skill to do it, but will it be in Calgary in the end?

“This is an important time for our organization,” said Monahan.

As Francis points out this time around: “if the Flames’ top line is neutralized and the team is outworked once again, this series ends early.”

And it might also be the end of the road in Calgary for some core players, who won’t be able to say they didn’t see it coming.