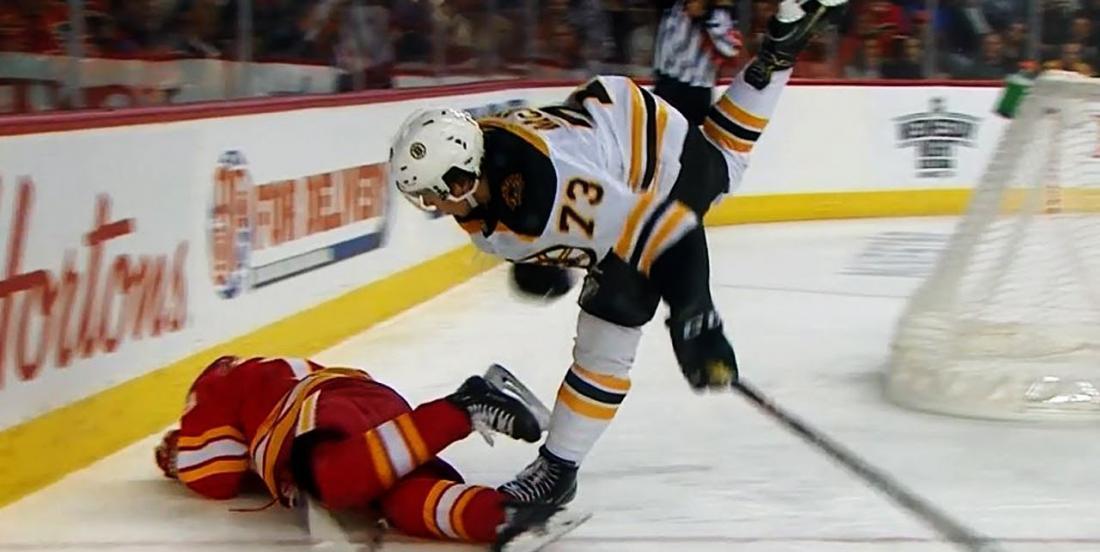 Several Calgary Flames fans got worried after their team’s contest against the Boston Bruins on Wednesday night, and that’s because one of their top players did not finish the game.

Gaudreau was forced to leave the contest against the Bruins by NHL spotters in the third peiod after taking a hit from defenseman Charlie McAvoy. After the incident, Gaudreau had played one powerplay shift that lasted 1:18 and was pulled for the remainder of the game. The late hit came after Gaudreau had a scoring attempt on a breakaway and Bruins netminder Tuukka Rask had made a right-pad save.

You can see the entire game recap in the video above, atop of this article.

On Thursday, Gaudreau confirmed that he was fine and expected to play for tonight’s contest against the Nashville Predators. He repeated the same good news on Friday.

Debate raged in the aftermath of the hit over whether or not McAvoy should receive supplemental discipline for the hit, especially after what took place with Florida Panthers’ Mike Matheson ‘s suspension for a body slam of  Vancouver Canucks rookie Elias Pettersson last weekend. However, McAvoy did notface any discipline from the NHL for the hit.

On Friday, Gaudreau revealed to Eric Francis of Sportsnet that McAvoy did something unexpected following the Bruins’ loss. He admitted that the Bruins young blue liner sent him a text message to make sure Gaudreau was alright and to apologize.

Isn’t that sweet? What is even sweeter for the Flames and their fan base is that Gaudreau will be on his regular spot on the top line with Sean Monahan and Elias Lindholm.

These are he projected lines, defence pairings and starting goaltender:

Calgary (4-2-0) faces off against the Predators on Friday evening before heading on a two game road trip against the New York Rangers and Montreal Canadiens.