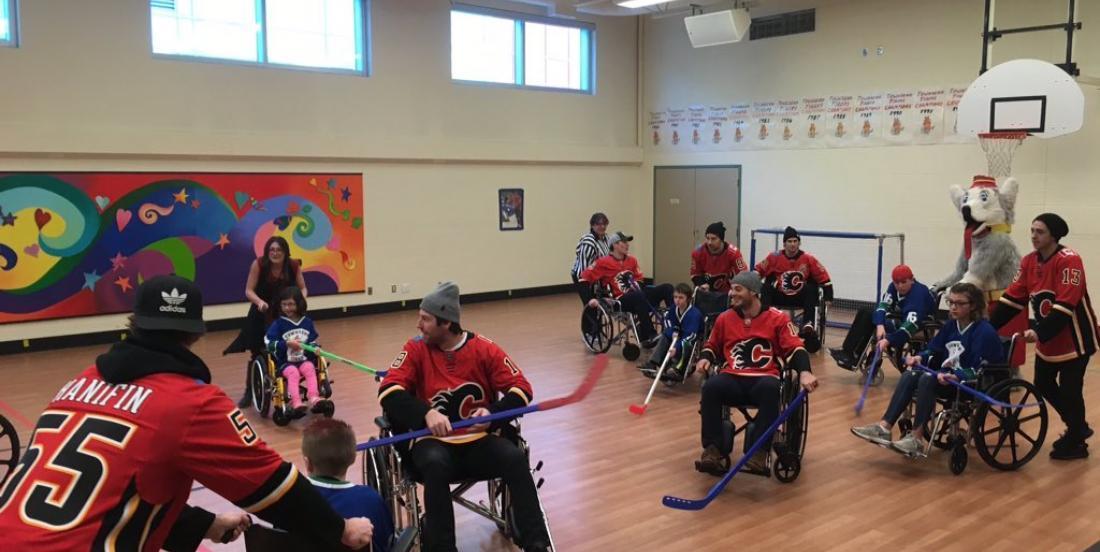 Every year the Calgary Flames meet up with the children of the Alberta Children’s Hospital, and after a magnificent comeback against the Philadelphia Flyers, the players thought they had a chance as they took on the Townsend Tigers.

Entering the game on Thursday, the Tigers hadn’t lost in 37 straight appearances against the local National Hockey League club at their annual wheelchair hockey game at the Gordon Townsend School, a tradition that began in 1980.

It wasn't any different this time around: the Flames dropped their 38th consecutive contest to the kids, losing 25-2 at the hands of the undefeated team. But players still came out with a grin.

“It’s the best,” said Sean Monahan to the Calgary Sun. “It’s my sixth year doing this, and we’ve never won. But it’s a fun time. Obviously it’s right around Christmas, and to come out and see the kids and have some fun, it’s great.

“A lot of the years, I try to go in net, and when the kids score on you and you see them smile, that excitement rubs off on you, for sure.”

Earlier this season, the Flames were badly beaten by the final score of 9-1 against the Pittsburgh Penguins, and since, they have been playing with an intensity fans had yet to see this season. We are sure that the meeting of these courageous young kids will also inspire the Flames as they go through the 2018-19 calendar.

Players present also participated in arts and crafts with hospital patients, signed autographs and made room visits to patients.

A great day for everyone involved.