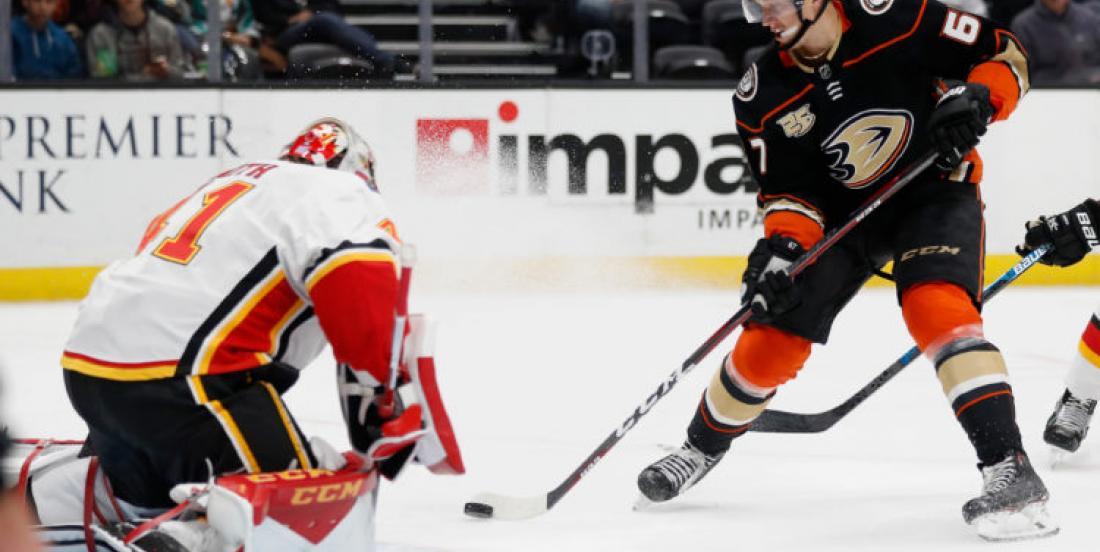 Flames on the lookout to bring in goalie to challenge Smith?

It is no secret: Smith is stumbling and a move could be in the works…

It seems like when fans are discussing the failures of the Calgary Flames in the past few seasons, we often hear the name of starting goalie Mike Smith in that same sentence….

Once again in the contest against the Anaheim Ducks last night, Smith stumbled again… As team insider Eric Francis of Sporstnet points out, “by night’s end Smith finished with 19 saves on 22 shots, marking the eighth time in 11 starts his save percentage was under .900.The man who entered the game with a ghastly 3.71 goals-against average and .871 save percentage was outplayed once again by his counterpart.”

Sure, he managed to hold tight for his teammates to tie the game up as the Ducks had taken a 2-0 lead. However, just 27 seconds after the Flames scored the equalizer early in the frame, Ryan Getzlaf got the better of Smith…

The club has largely resisted the urge to start talented backup David Rittich more than Smith, however, it might change quickly now…

And what if the Flames were on the lookout for another goalie to come to Calgary and challenge Smith? The Carolina Hurricanes and Philadelphia Flyers are sitting on three veteran goalies each and could be interested in talking trade possibilities with Flames general manager Brad Treliving.

The Hurricanes have Scott Darling, who recently returned from injury, Petr Mrazek and Curtis McElhinney, who landed in Carolina after he was placed on waivers by the Toronto Maple Leafs and claimed by the Canes. It remains to be seen if one of them could be placed on the trade block and could even tempt the Flames, however, we all know what a change of scenery can do to a player…

In Philadelphia, the Flyers now have Brian Elliott and backup Calvin Pickard, who also landed on the waiver wire on the same day McElhinney was placed, by the same team, the Leafs. Of course, for now, GM Ron Hextall would have to hold on to both as Michal Neuvirth remains on the injured reserve, but could look into making a move once he returns to action… The Flyers can also count on Alex Lyon, so who knows?

On Thursday, the New Jersey Devils placed veteran goalie Eddie Lack on waivers. Could he be an option?

There is a lot of speculation that can be said about the Flames but one thing seems obvious: Smith needs to get his confidence back and find better ways to help his team win.