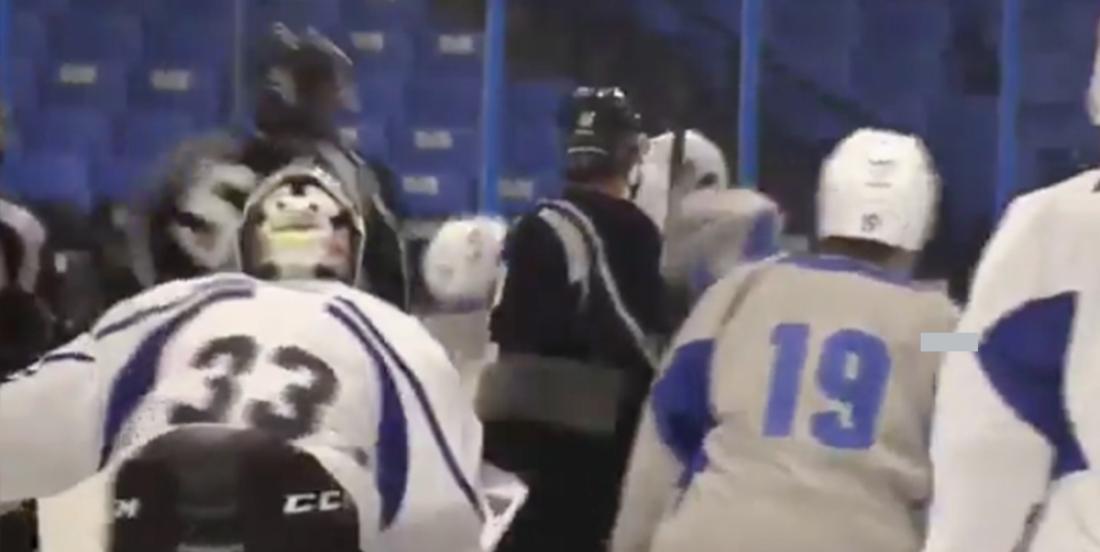 The 2020 NHL Entry Draft has been truly fitting for this year. In a word the draft could be described as "odd".

Instead of smiling faces on the draft stage, we've seen players at home via webcam. Instead of flashy promo shots, the players are posting on Instagram. It's truly a real life pandemic draft.

Well... there's also a positive side to all this. Take Calgary Flames pick Jake Boltmann whom the Flames selected 80th overall. Instead of being there live in Montreal on the draft floor when the Flames selected him, Boltmann was on the ice practicing with his Lincoln Stars of the USHL. When his coaches announced that he had been selected... well check out the reaction from his teammates: