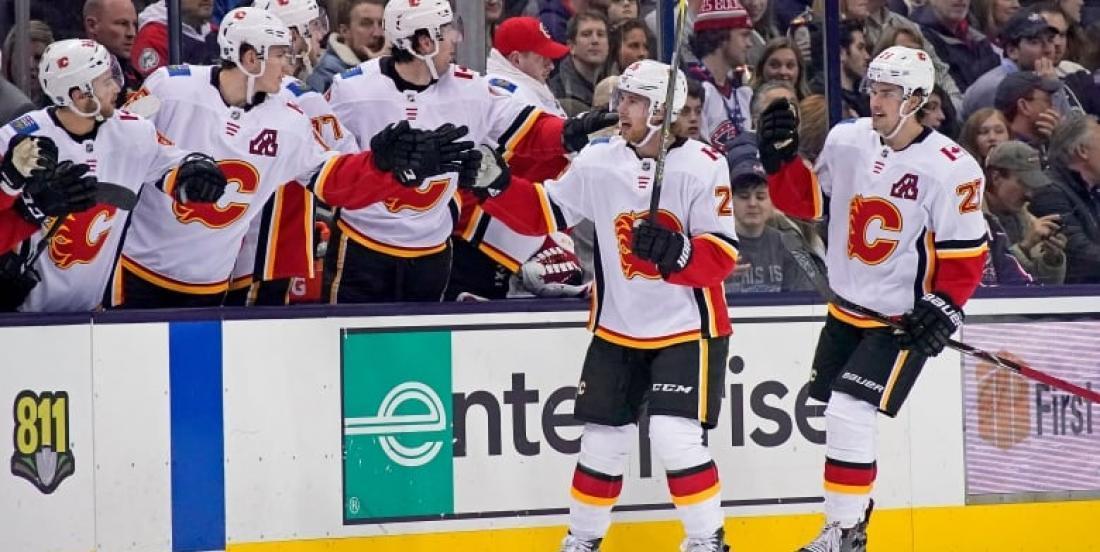 No one saw this coming after the first period!

The Calgary Flames took on the Columbus Blue Jackets on Tuesday night and brought their fathers along for the trip. However, the first period didn’t go as planned as the Flames quickly fell behind 4-1 and headed back to the dressing room with the urgency to come up with a new plan that could help them compete with the Jackets.

We can’t say if the fathers came down to say something to their sons or if head coach Bill Peters found the right words to get them out of their funk, however, the new plan came quickly into play and the Flames managed to pull off one impressive comeback.

Johnny Gaudreau opened the scoring, but it did not take long for the Blue Jackets to take over and take a 4-1 lead early in the second period. They even chased goalie David Rittich out of the net. However, the Flames scored five goals in the second period to rally past the Jackets, who still continued to put up some goals in hope to win the game.

“At 8-6, I thought we still had chance,” said Blue Jackets head coach John Tortorella after the 9-6 loss.

Cam Atkinson netted a hat trick for Columbus to extend his point streak to 11 games but it wasn’t enough to compete with the Flames’ comeback.

All four goalies took part in the game; it was the fifth time this season four different netminders took part in a contest, according to Sportsnet's John Shannon.