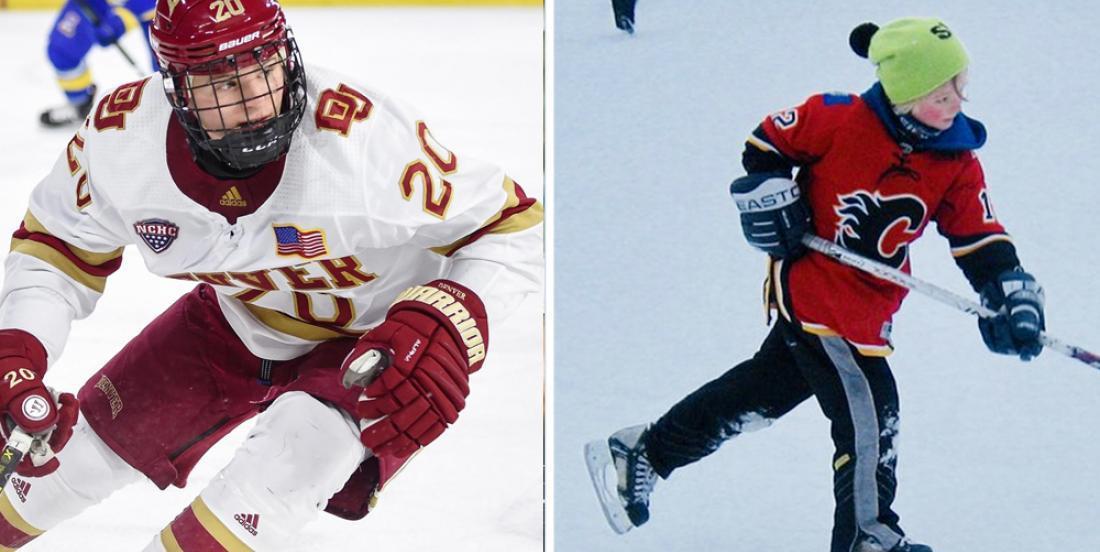 The 20 year old just completed his sophomore season in the NCAA with Denver, putting up 35 points in 36 games. What's especially cool about Pettersen's signing though is he was a HUGE Flames fan while growing up in his native Norway. Just check out this childhood pic:

Read below for the official press release announcement of Pettersen's signing:

CALGARY - The Calgary Flames announced today that they have signed forward Mathias Emilio Pettersen to a three-year entry-level contract.

Pettersen, a native of Oslo, Norway was drafted by the Flames in the sixth round (167 th overall) of the 2018 NHL Entry Draft. Since being drafted by the Flames, the 20-year-old has played two seasons at the University of Denver where he recorded 13 goals and 22 assists for a team leading 35 points in 36 games this past season. Following the 2019-20 season, Pettersen was named to the NCHC Academic All-Conference Team and was a NCHC Second Team All-Star. The 5'10" forward has recorded a total of 19 goal and 46 assists for 65 points in 76 games in his two seasons at the University of Denver.