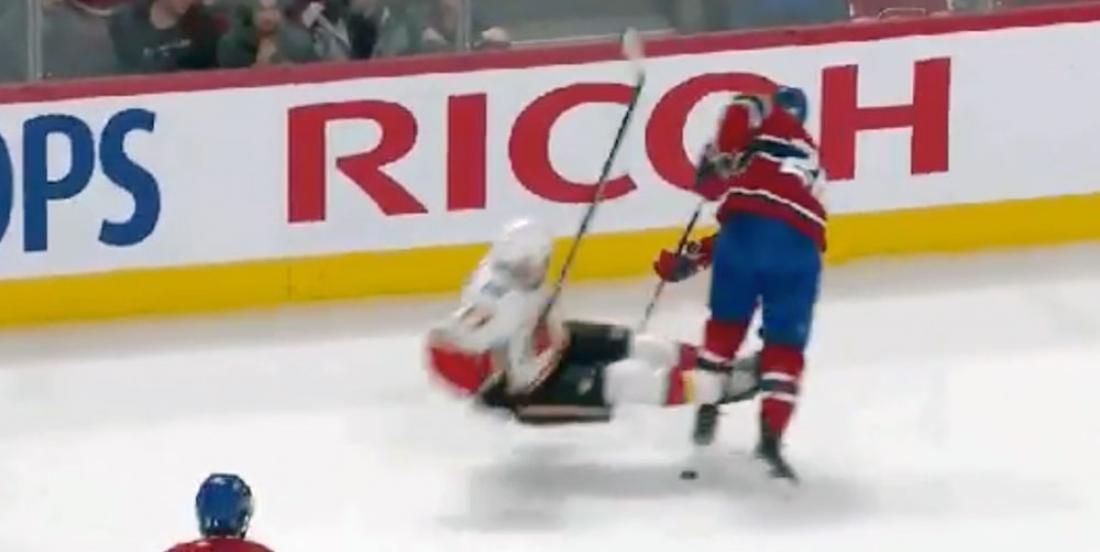 And the big man goes down hard!

In case you missed it last night, the Montreal Canadiens managed a 2-0 shutout victory over the visiting Calgary Flames last night and finally looked like they might be turning things around a bit.

The highlight of the night though came when Habs rookie Cale Fleury absolutely lowered the BOOM on Flames tough guy Milan Lucic. Fleury, who weighs in a a respectable 205 pounds, absolutely BODIES the 230 pound Lucic.

Props to Lucic though, he doesn’t get up looking for blood. He doesn’t cost his team with a retaliatory penalty. He simply takes a number and goes about his business. While the wires sometimes cross with Lucic and he can go rogue, in this case he keeps himself in check and realizes that he’ll get his chance another time. That’s a veteran player who has been around awhile.

As for the Habs, they now have two wins in a row after going through a brutal eight game losing streak. They’re still well back of a playoff spot though and will have to put up a few reverse-streaks if they’re going to qualify for the Stanley Cup Playoffs come April.