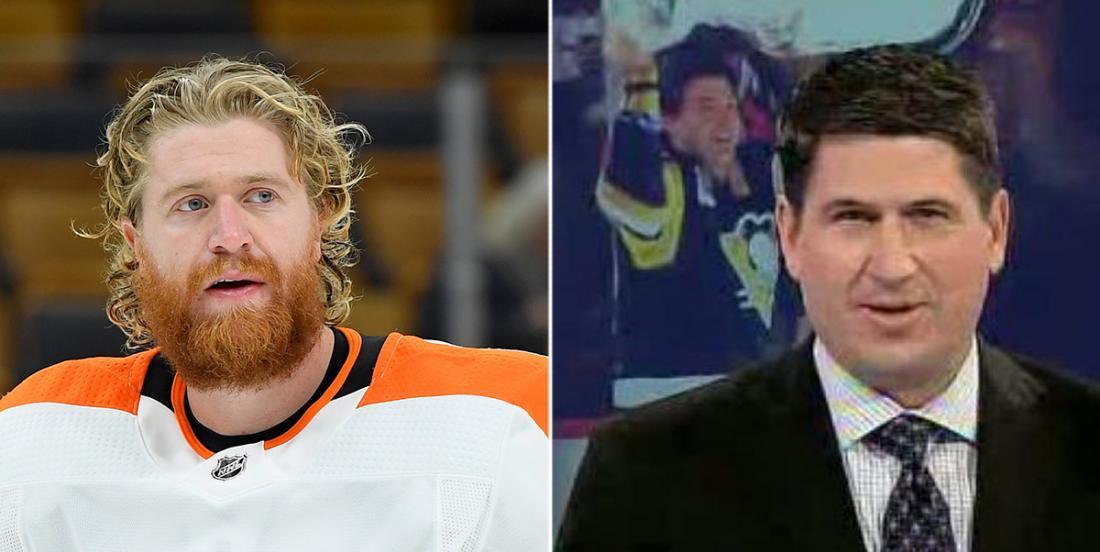 It’s getting ugly in Philly. New GM Chuck Fletcher has to do SOMETHING.

It’s been a season to forget for the struggling Philadelphia Flyers. Aside from the emergence of rookie goaltender Carter Hart, there hasn’t been much for Flyers fans to get excited about this season. The team is in 30th place, has had their general manager and long time franchise icon fired and has their head coach also be fired. The team’s new GM, former Minnesota Wild GM Chuck Fletcher, has yet to make a significant move to help the team. In other words… it’s getting ugly.

The Flyers are currently riding a seven game losing streak, which prompted this epic off air rant by Flyers play by play broadcasters Keith Jones and Jim Jackson after the team’s embarrassing 3-0 shutout loss to the St. Louis Blues last night.

Among the highlights, Jackson claims that Fletcher needs to call up rookie Nicolas Aube-Kubel from the AHL’s Lehigh Valley Phantoms, saying exasperatedly, "He (Fletcher’s) gotta do something. Something!"

Jones calls out two players in particular, saying that Dale Weiss has, “gotta go” and that star Jakub Voracek “quits and shuts down if hes’ not getting his ice time.”

Ouch… that’s a pretty damning criticism. To be fair though, Jones and Jackson aren’t wrong at all. The Flyers have looked even worse under Fletcher and interim head coach Scott Gordon than they had under Ron Hextall and Dave Hakstol. Something HAS to be done. Something major.