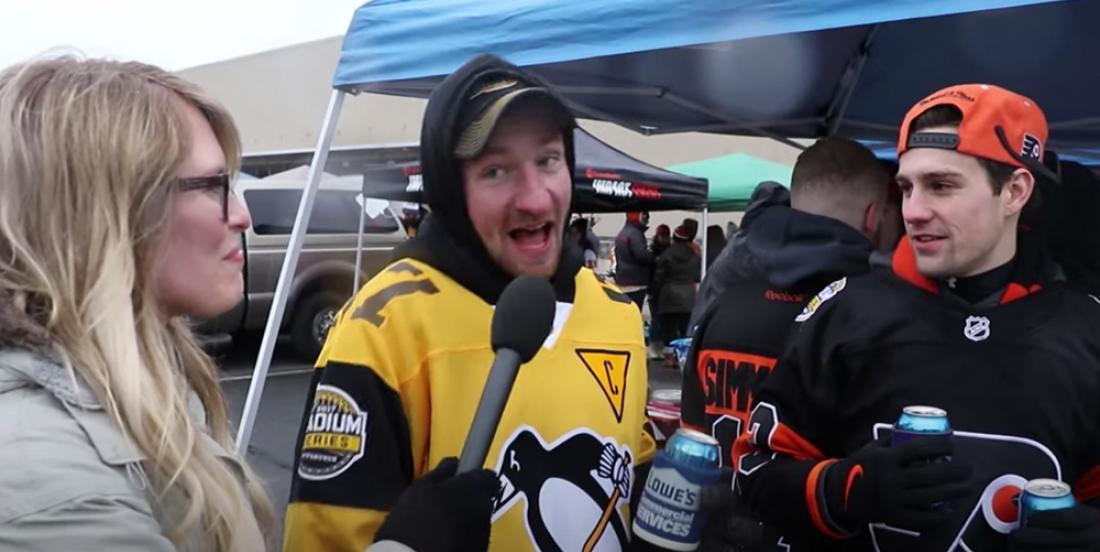 It’s one of the best rivalries in sport. The Battle of Pennsylvania.

The Pittsburgh Penguins and Philadelphia Flyers enjoy a healthy rivalry that’s helped along by two passionate fanbases. Pens fans hate the Flyers and Flyers fans hate the Pens. It’s just what it is.

Both teams appeared to be a on a collision course to face each other in the Stanley Cup Playoffs before the league’s “pause” put everything up in the air. In fact… it looked like we were headed for a Battle of Pennsylvania in the Eastern Conference and a Battle of Alberta in the Western Conference with the Calgary Flames and Edmonton Oilers on a similar course. Frankly, we’ve been robbed.

I mean… remember the last time the Flyers and Pens met in the Stanley Cup Playoffs back in 2018? Penguins fans may remember it as the “Jake Guentzel Coming Out Party”:

Oh… and how about 2012? That was the Claude Giroux Coming Out Party:

Again… we were robbed.

But, maybe these fanbases don’t hate each other as much as we think? Check out this clip from last summer when Jillian Fisher caught up with Flyers fans and Pens fans and tried to get them to say nice things about each other:

Nevermind… the hate is real.