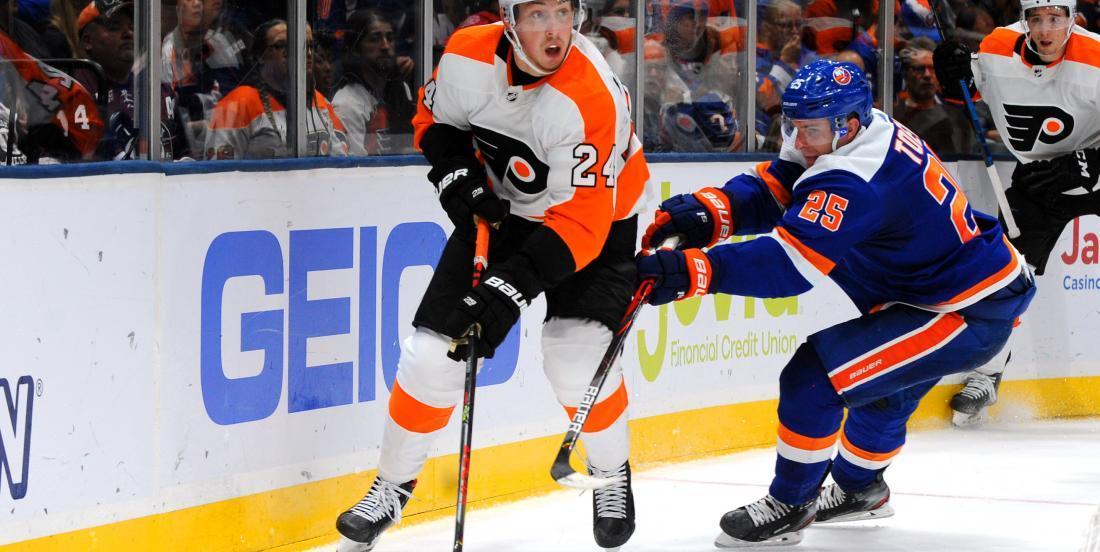 Flyers are hoping the third time is a charm for their recent call-up!

There’s some good news and bad news for fans of the Philadelphia Flyers. First, the good news: forward Mikhail Vorobyev, who’s been having a very good season in the AHL, is getting another shot with the big club. The team has announced Vorobyev, who has a solid 14 points (five goals and nine assists) in 19 games with the Lehigh Valley Phantoms this season, has been recalled to the NHL.

The 22-year-old has played six games with Philadelphia in 2019-20, but has only hit the scoresheet once with an assist. The former fourth-round pick (104th overall) is still trying to find his stride in the NHL. He has 21 games under his belt and has a goal and two assists. This is his third time being called up to the NHL this season.

Now for the bad news. The reason Vorobyev has been recalled is because Michael Raffl has been placed on long-term injured reserve.

The Flyers have announced Raffl is out approximately four weeks because of a broken right pinkie finger suffered Tuesday night in a game against the Toronto Maple Leafs. Raffl is a key defensive piece for the Flyers. He is one of the team's better puck possession forwards and has played the Flyers' third-most shorthanded minutes among forwards this season. His injury comes just a week-and-a-half after Scott Laughton, another important role player, returned following a 13-game absence due to his own broken finger. A tough break for Raffl and the Flyers…no pun intended.