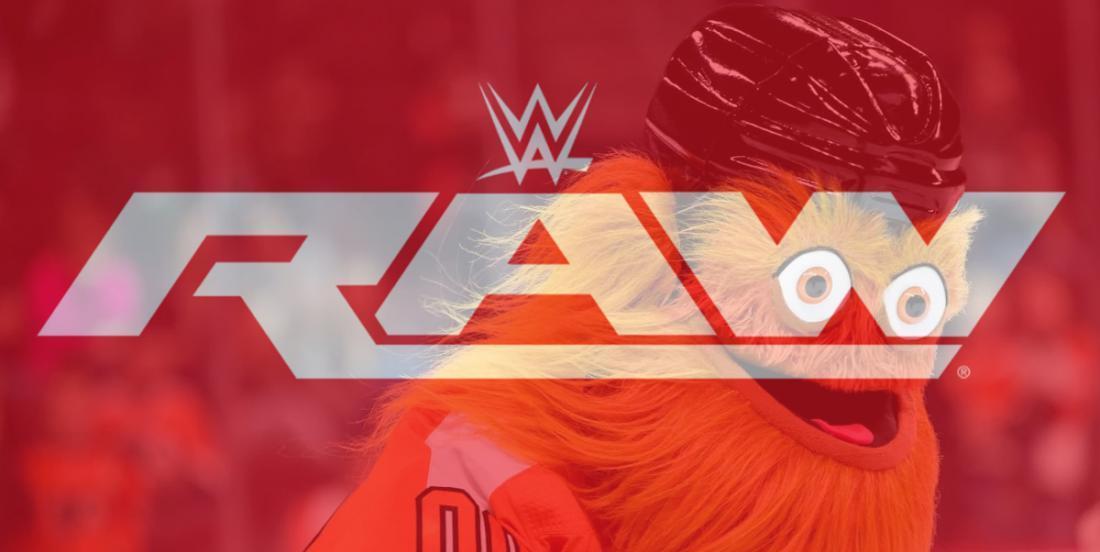 The crossover event of the century! RAW is Gritty!

Ever since debuting late last month, Philadelphia Flyers mascot Gritty seems to be everywhere. In case you’ve tried to completely erase the horrific beast from your memory, here’s some nightmare fuel:

Join us in welcoming the newest member of the #Flyers Family, @GrittyNHL!!

Nightmare fuel. I mean... just check out this monster's bio:

Who can forget Gritty’s on ice debut? The giant orange monster took quite a tumble… maybe he didn’t know that ice is actually VERY slippery?

Gritty having a bad first day on the job @spittinchiclets

To end his first day on the job, Gritty “broke the Internet” ala Kim Kardashian:

From there Gritty made an appearance on Good Morning America:

...and finally an appearance on The Tonight Show with Jimmy Fallon:

Thanks for the New York minute, @jimmyfallon.

Last night's appearance though... it takes the cake. WWE fans may have noticed a GIANT Gritty face lurking in the crowd during last night's live taping of Monday Night Raw.

IMPOSTER! That's not the real Gritty! Unless... Gritty can be ANYWHERE... at least in spirit. Kind of like Santa Claus. Except, unlike Santa Claus, Gritty is real. Too real.