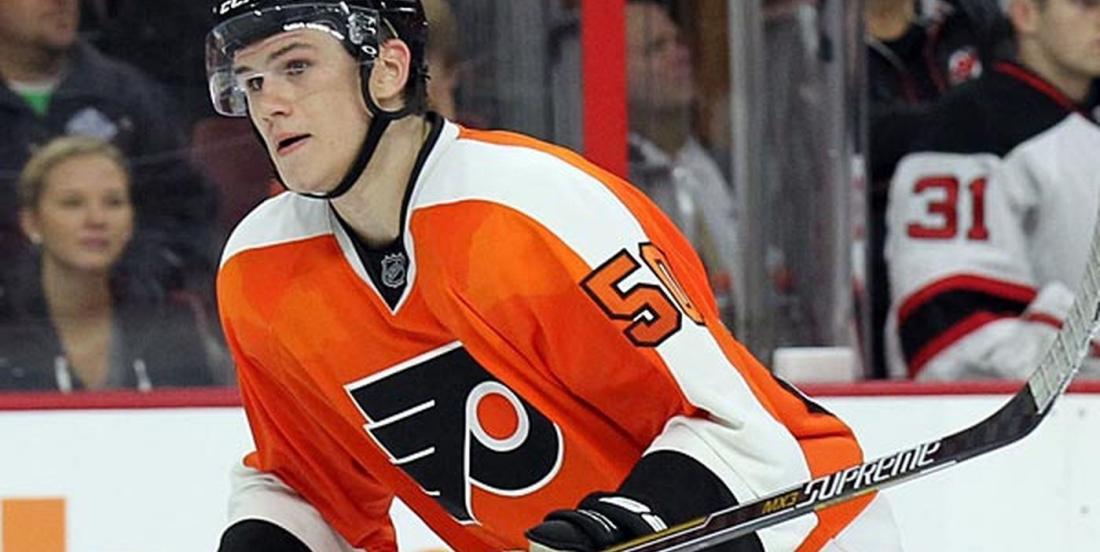 The fight is back on for Samuel Morin. The 24-year-old defenseman suffered a torn ACL in his right knee for the second time in 19 months.

Morin was with AHL affiliate Lehigh Valley on a conditioning stint and sustained the injury during the Phantoms’ 4-2 win over Wilkes-Barre/Scranton on Wednesday night.

Morin, who is a 2013 first-round draft pick, played five games with the Philadelphia Flyers last season following a long recovery from an ACL tear in May 2018. He played one game this season and now is expected to miss the remainder of 2019-20.

Morin is in the second year of a three-year, $2.1 million deal. He has a cap hit of $700,000 and can become a restricted free agent after next season. If or when Morin goes on LTIR, a roster spot will open.

The entire Flyers organization feels for him.

“I saw Sam before the game,” head coach Alain Vigneault said after the Flyers’ 3-2 OT win Thursday night over the Montreal Canadiens . “There’s no doubt that we all feel for him. There’s a kid that spent the whole summer here trying to get himself back to playing. He accepts to go to the minors to play some games. I guess on a nothing play he heard his knee pop. Very unfortunate. Hopefully he’ll want to put himself through again all that yearlong rehab and get himself another chance to play.”

We also feel for the poor guy… Let’s all wish him a speedy recover.