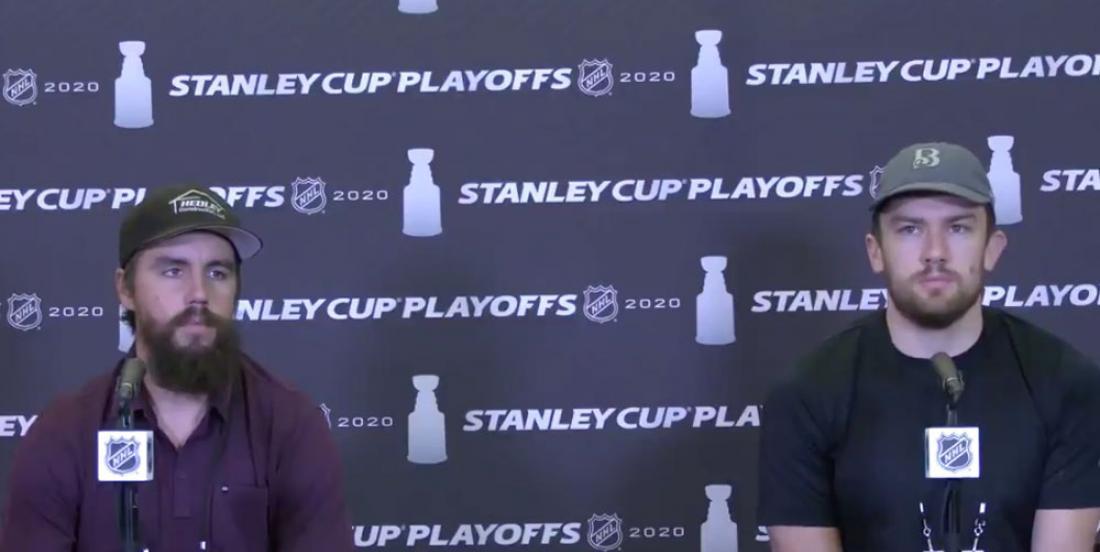 There seems to be a lot of animosity in Philadelphia over professional sports teams boycotting play Wednesday night in protest of the police shooting of Jacob Blake. The Flyers were set to take on the New York Islanders in Game 3 on Thursday, but the NHL’s two-day work stoppage in protest against police brutality and racial injustice changed the schedule. The NHL made the decision a day after the NBA’s postponed/canceled games on Wednesday seeing that the Milwaukee Bucks refused to take the court in a show of protest against the issues of police brutality and racial inequality.

We all know by now that Flyers head coach Alain Vigneault has no idea what’s taking place in the outside world, but things turned uglier when team insider Sam Carchidi of The Inquirer acted quite insensitively to the situation when speaking with players James van Riesmdyk and Matt Niskanen.

Here is how it thought it would be acceptable to kick off his intervention: “Can you forget about all the social issues for a minute and just focus on hockey ... what does delaying the game two days do to momentum you built from the overtime win?”

This is quite insensitive and ridiculously out of touch especially at this time when players across the NHL are putting their lives on hold, their dreams to win a Stanley Cup, to take a stand.

Doesn’t Carchidi realize that the players are making a point to focus on these social issues instead of hockey?

Play is set resume Saturday inside the NHL bubbles in both cities. And let’s hope Carchidi has had time to think about what he can do to make a difference. He might want to start with stopping himself from being a jerk.