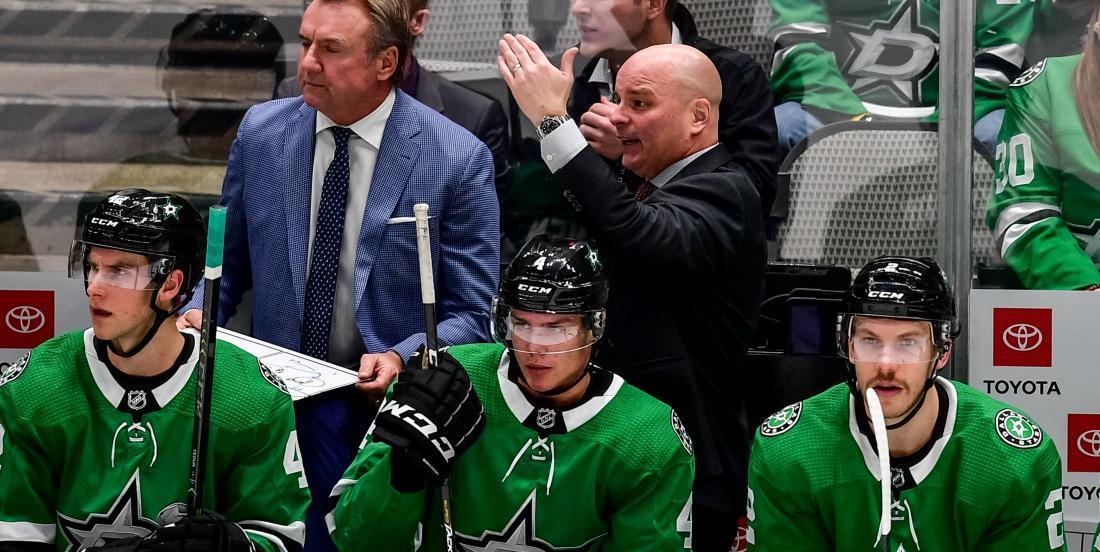 When Jim Montgomery was fired as head coach of the Dallas Stars in December of last year, it came as a huge surprise to a lot of people. No one was more surprised than Montgomery and his family. Montgomery's firing came shortly after the whole Bill Peters situation exploded in Calgary. Peters was essentially forced to resign after allegation of racism and abusive behaviour in past positions started to be made public. The NHL, not happy it was being surprised by the Peters' accusations, sent a directive to NHL clubs saying it wanted to be made immediately aware of and "incident of conduct involving NHL personnel on or off the ice that is clearly inappropriate, unlawful or demonstrably abusive, or that may violate the league’s policies involving NHL club personnel." Less than 24 hours later, Montgomery was shown the door. He's now speaking out for the first time since a very brief statement back in January, and chose to do so with Elliotte Friedman of Sportsnet.

"It was surreal, like an out-of-body experience. All I could feel was incredible shame and guilt," Montgomery told Friedman. "All I was thinking was that it was going to be tough to protect my family. Making mistakes that affect them… it hurts.”

Montgomery is now more than 90 days sober and has finished a stint in a rehab facility. He will not discuss the specific incident that led to his dismissal. But he does say he doesn't believe he's a bad person. He just made some wrong decisions.

“What happened is on me. Vulnerability is actually a positive that allows trust and love to progress and grow. Growth occurs from it. I am living my life with a lot of gratitude.

“It’s like recovering from a car accident. I’m ready to get back behind the wheel.”

Getting back behind the wheel includes the possibility of coaching another hockey team, something Motgomery says he'd very much like to do. His wife agrees that he should.

“I’d love him a little more if I saw him a little less,” she laughs. “He needs to do it, and he’s good at it. I believe in my husband. I know he’s going to be better.”

Montgomery said he knows now that he wasn't relieving stress in the right way and he did the right thing by seeking help and getting sober.

“It helps me do the right things,” he said. “The disease made me selfish. I was raised to be a great teammate, to hate people who are (selfish). But I was the one who was selfish. I’m a process-oriented person, and my process now is becoming a better person, father and husband.