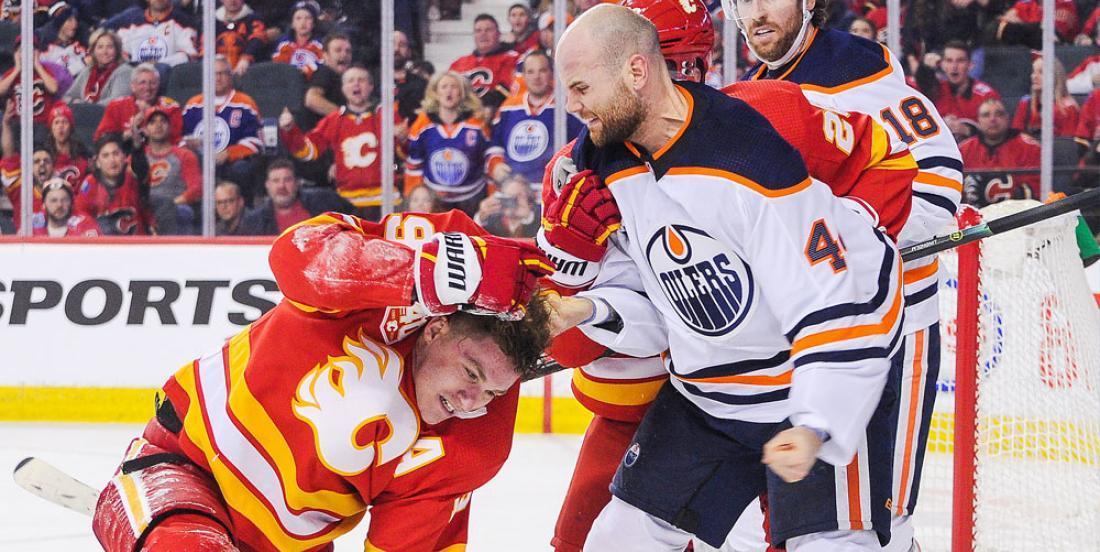 The Battle of Alberta is back, baby!

Three things you can count on in this life: Death, Taxes and the Battle of Alberta.

The rivalry between Alberta’s two NHL teams, the Calgary Flames and Edmonton Oilers, has been reignited thanks to the antics of Flames forward Matthew Tkachuk and Oilers tough guy Zack Kassian… and frankly we couldn’t be any happier.

The Battle of Alberta has produced so many iconic moments in hockey history, here’s hoping that the latest incarnation provides just as many. One man who was at the center of one of this bitter rivalry is former Flames tough guy Neil Sheehy who put up an incredible 1,311 penalty minutes in just 379 career games. So… what does the “tough as nails” Sheehy think of Tkachuk backing down from Tkachuk?

“This wasn’t a cheap shot on Kassian,” said Sheehy. “It was a good hit. I thought Tkachuk went easy on him, and I think that’s scary because it was a big hit.”

Having said that, Sheehy knows that payback is coming for Tkachuk.

“That’s the history of the Battle of Alberta – paybacks happen,” said Sheehy. “If Edmonton or the Flames got up four or five goals you knew the nonsense was going to start. That’s when paybacks happen.”