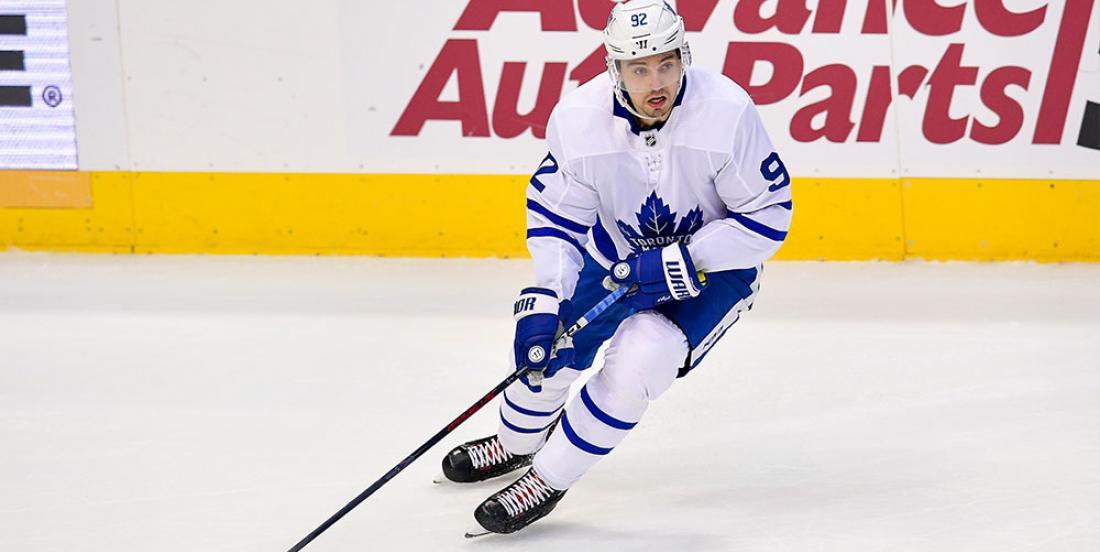 As far as KHL trades go, this one's a blockbuster.

This just in, former Toronto Maple Leafs defenseman Igor Ozhiganov has been traded in the KHL, moving from Ak Bars Kazan to SKA St. Petersburg in exchange for former NHLer Viktor Tikhonov and Roman Rukavishnikov.

The 27 year old Ozhiganov played just a single season in the NHL with the Leafs last year, scoring three goals and seven points in 53 games. In 19 games with Ak Bars Kazan so far this season, Ozhiganov has one goal and eight points.

Ozhiganov was initially linked to the Leafs in rumour midway through the 2017-18 NHL season, when he was still with CSKA Moscow. Once his KHL contract expired, he signed a one-year entry-level deal with the Leafs on May 17, 2018.

Initially it was hoped that Ozhiganov would pair well with former CSKA teammate Nikita Zaitsev who joined the Leafs in 2016. Ozhiganov made the Leafs’ opening night lineup and looked serviceable in limited minutes with the Leafs but simply didn’t make much of an impact on either side of the puck.

Once the Leafs traded for standout defensive Dman Jake Muzzin from the Los Angeles Kings, Ozhiganov was more or less made expendable. Once Muzzin arrived, Ozhiganov spent the majority of the rest of the season in the press box and didn’t play a single playoff game for the Leafs during the 2018-19 Stanley Cup Playoffs.

It seems that no other NHL teams came calling for Ozhiganov’s services this past offseason or that he was intent on returning to his home country. In any case, it’s unlikely that he was expecting another move just 19 games into the 2019-20 season.