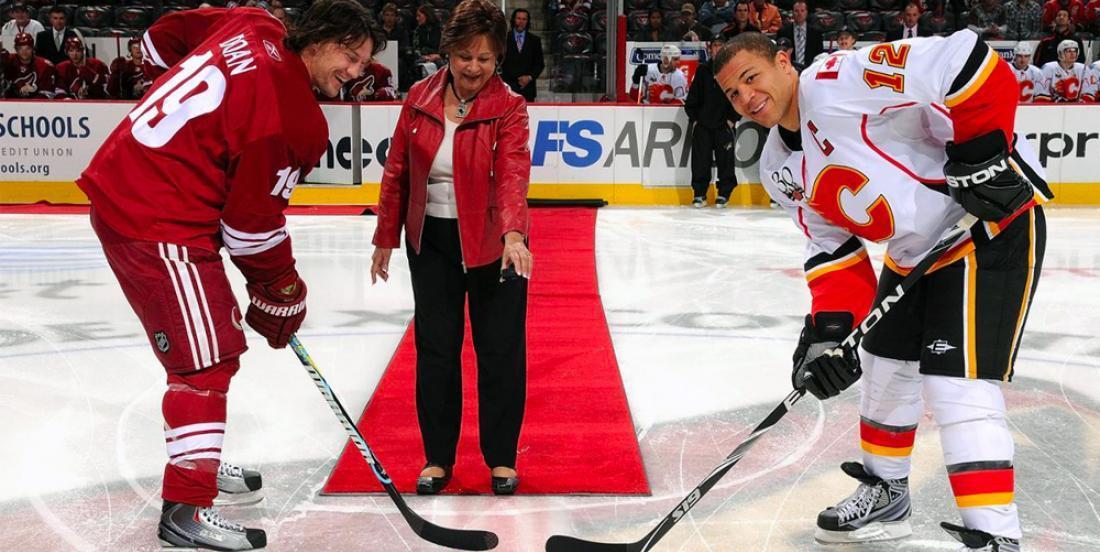 Not a good look for the millionaire former NHLers.

This just in courtesy of long-time WHL reporter Greg Drinnan, one of the league’s banner franchises and its illustrious ownership group are coming under criticism for laying off its office staff. The Kamloops Blazers, led by an ownership group that includes former Blazers players Jarome Iginla, Shane Doan, Mark Recchi and Darryl Sydor, have officially laid off its staff.

Taking Note was told Sunday afternoon that the Kamloops Blazers laid off their office staff on Friday afternoon and that those on the hockey staff have taken pay cuts. . . . The WHL’s regular-season was suspended on March 12 and cancelled on March 18. The Blazers finished atop the B.C. Division. . . . The league continues to hope that it will be able to get in some kind of playoff season, leading into the Memorial Cup in Kelowna, May 22-31. . . . Tom Gaglardi, the majority owner of the NHL’s Dallas Stars, is the Blazers’ majority owner. Also in the ownership group are Shane Doan, Jerome Iginla, Mark Recchi and Darryl Sydor, all of them ex-Blazers and former NHL players. . . . I don’t know if any of the WHL’s other 21 teams have followed suit, but it’s expected that other teams will be experiencing layoffs, perhaps as soon as this week. . . .

Incidentally, the WHL (along with the OHL and QMJHL) officially cancelled the 2020 playoffs and 2020 Memorial Cup yesterday.

Regardless, the former NHL stars have come under fire for their treatment of their staff through the COVID-19 crisis. Fans online are openly griping about the millionaire NHLers and their lack of care for the people who support their investment and earn them money.

Here’s the thing… the Blazers likely aren’t the worst and certainly won’t be the last team to lay off its administrative staff. They just happen to be a high profile team given its own illustrious history and the ownership group’s personal success. Here’s hoping that we all get through this as soon as possible and that we can get back to watching, cheering on and supporting our own favourite junior hockey clubs.