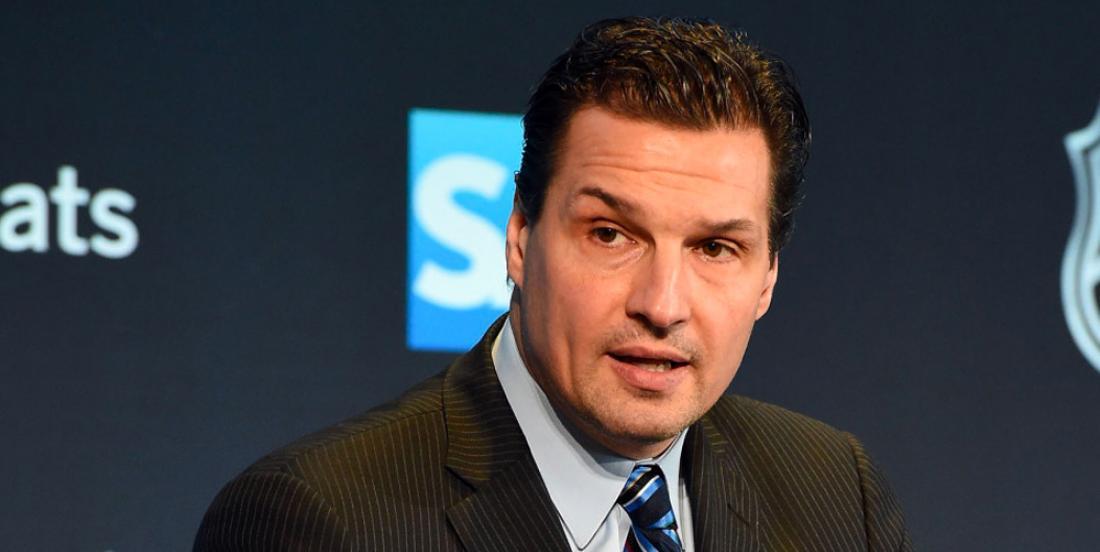 In case you missed the news earlier this week, the Chicago Blackhawks parted ways with long-time President and CEO John McDonough.

”I cannot adequately express my family’s appreciation to John for his contributions to the turnaround of the Chicago Blackhawks organization,” Blackhawks chairman Rocky Wirtz said in a prepared statement.

While the team searches for a new President and CEO, Danny Wirtz will act in the role on an interim basis.

“I take this interim role with the utmost responsibility to the team and will focus on resetting the framework for the next generation of the Chicago Blackhawks,” said Danny Wirtz. “I look forward to working with Rocky to identify our next leader.”

McDonough completely overhauled the Blackhawks during his tenure from 2009-2020 and many point to him as a key factor in the team’s success the past decade. In other words: whomever steps into McDonough’s role will have big shoes to fill. So… who will it be?

One name mentioned by Blackhawks insider Scott Powers earlier this week is a man with a long history in Chicago: former Blackhawks forward and hometown boy Ed Olcyzk.

Check out these quotes from Powers' most recent column for The Athletic:

One name that’s been surfacing a lot lately is Olczyk, the Blackhawks’ and NBC’s lead TV analyst. One league source said “three or four” teams have had at least preliminary discussions with Olczyk about high-end hockey-ops positions, and it’s hard to imagine Olczyk wouldn’t want a crack at running his hometown team.

He’s as well connected around the league as anyone, knows every team inside and out, and is a beloved local hero and Blackhawks alumnus. His foray into coaching, in Pittsburgh in the early 2000s, didn’t work out for a number of reasons, but it’s believed that he’s had his eye on a GM-type gig for a while now.

The Blackhawks aren't the only team linked to Olczyk, though. Jay Zawaski reports that four teams, including the Philadelphia Flyers, have reached out to Olczyk about a potential executive role.

Presumably Eddie O has turned down any offers thus far... but you have to imagine that the opportunity to run his hometown team though will be too much for him to turn down. Make it so, Eddie O! Chicago needs you!