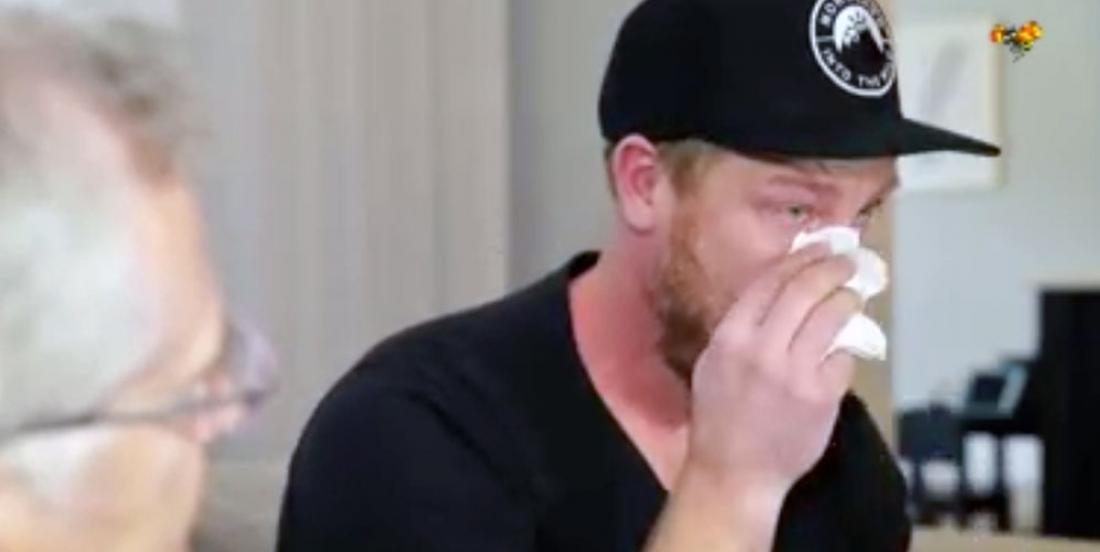 Franzen speaks out about abuse he suffered under Babcock

If you haven’t listened to today’s episode of the “Spittin’ Chiclets” podcast featuring former NHLers Ryan Whitney and Paul “BizNasty” Bissonnette with guest Chris Chelios, do yourself a favour and download it now.

Amongst other stories, Chelios dished on his time with the Detroit Red Wings under head coach Mike Babcock and… well things got weird. Chelios was asked if he’d ever seen Babcock go too far with a player to the point where it affected the player mentally. Without hesitation, Chelios replied with “Oh, easy it was Johan Franzen.”

Chelios would go on to tell a story of how Babcock scolded Franzen in front of teammates during a playoff game against the Nashville Predators. Chelios doesn’t go into details other than to say that Babcock attacked Franzen so harshly that Franzen had a nervous breakdown in the team’s locker room.

“What he did to him in the end … he (Franzén) was injured and that was during the playoffs. Some of the things he told him on the bench … I don’t know what he said to him behind closed doors eye to eye, but he verbally attacked him during the game.”

“It went so far that poor Johan, who we did not know suffered from concussions and depression, just broke down. He had a nervous breakdown. Not just on the bench but in one of the rooms after the match. It’s probably the worst I’ve ever seen.”

Now Franzen is speaking out in his own words via Swedish-language media outlet SportExpressen in the form of a printed interview.

On the tirade Chelios describes:

I get shivers when I think about it. That was against Nashville in the playoffs. It was rough, nasty and shocking. But that was just one of a hundred things he did. The tip of an iceberg, he says.

How would you describe Babcock as a coach and person?

As a coach he is extremely accurate and prepared. He is great at putting together a gaming system and getting everyone to buy into it. That’s his strong side.

But then he’s a terrible person, the worst person I’ve ever met. A bully who cheated on people, it could be cleaners in the Detroit arena or anyone. He jumped on people just because.

Do you remember when it started?

He was on a couple of other players before. The kind team players. Those who don’t say that much. When they disappeared the energy passed to me and then they had to take a decent turn. It was verbal attacks, terrible things he said.

The nightmares return. More than often.

It was only his hopes that played out in his head. Every day. But I got good help with those obsessions for three weeks at a center in Colorado last year. It was me and a group of veterans from the military who also suffered from concussions and PTSD (post-traumatic stress).

He was a specialist in managing the media. He creates teams that are very difficult to beat, you can’t take that away from him. But he makes his players very anxious, they are terrified of making mistakes and his team rarely makes it past the first playoff round.

How do you feel when things come to the surface now?
He will surely get a new assignment. But hopefully it may calm down when his behavior becomes less affected in the future, says Johan Franzén.

While Babcock has been criticized in North America, he has also received a lot of support.

Montreal Canadiens coach Claude Julien, who assisted Babcock in Canada’s national team, paid tribute to his colleague after the message
struck like a bomb.

First of all … I think everyone knows that Mike Babcock is a good coach. He has won wherever he has been, at every level. If he wants to start working again tomorrow, he has a good chance of coming back. So I think everyone who knows Mike knows him, he said according to Global News.

Hard not to feel for Franzen. The guy has not had an easy transition to normal life following his pro career.

You have to also imagine that more Babcock stories are going to continue to emerge. Stay tuned, hockey fans. Things are about to get pretty, pretty interesting.