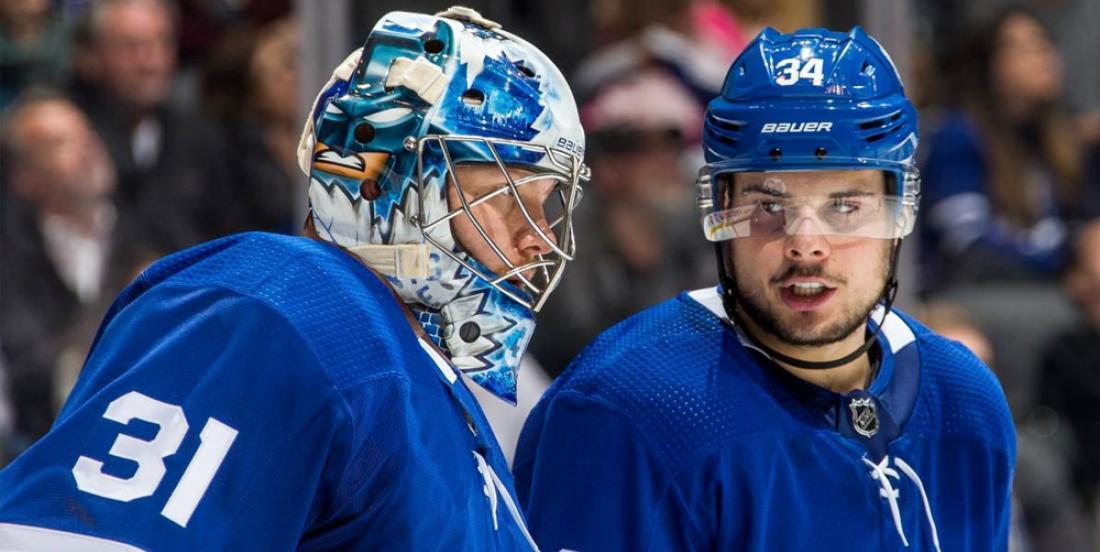 Matthews’ roommate is back in Toronto and facing the media for the first time.

When it was reported last week that Toronto Maple Leafs superstar Auston Matthews had tested positive for COVID-19, the hockey world was in shock.  One of the NHL’s biggest stars in one of its biggest markets was the first player to be named publicly as having contracted the virus.

Leafs fans, of course, went into a frenzy. What does this mean? Will Matthews be forced to sit out? He’ll have to quarantine, right? How does this affect his training? Wait… wasn’t he living with Frederik Andersen.

Frankly, we don’t know the answers to all these questions, but we DO know that Matthews was indeed living with Andersen earlier this spring. Andersen, who is now back in Toronto, was tested as well and his results came back negative. The Leafs’ starting goaltender met with the media today to answer some questions.

In effect, it looks like Andersen caught a lucky break by leaving Arizona before the spike in COVID-19 cases. Matthews, an Arizona resident who elected to stay home to train, wasn't so lucky.