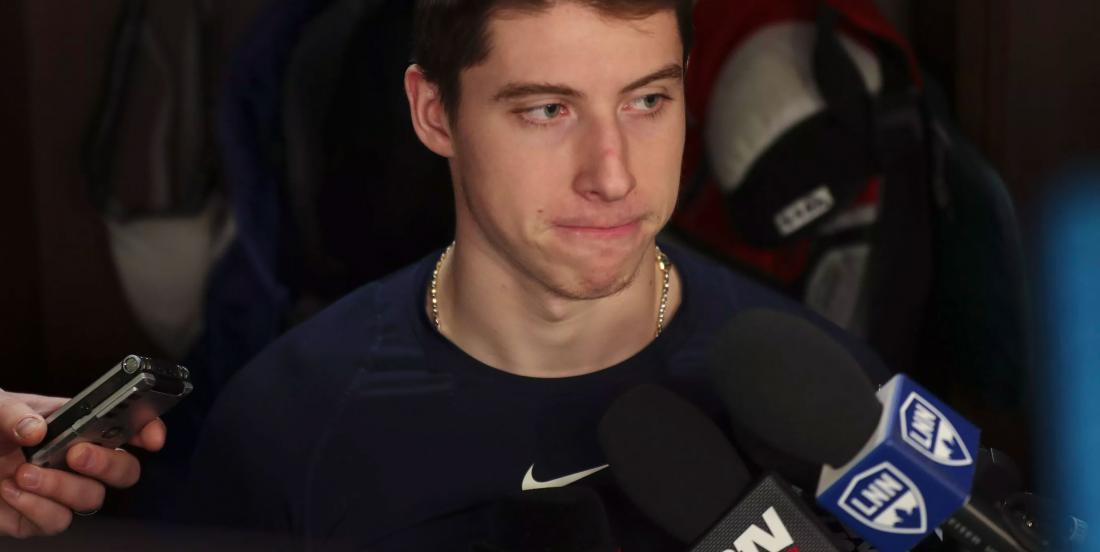 While the dominoes appear to be falling for young restricted free agents in the National Hockey League, as Columbus Blue Jackets’ Zach Werenski and New Jersey Devils’ Pavel Zacha inked contract extension, we are all waiting for the biggest domino of them all Mitch Marner to agree to a new deal with the Toronto Maple Leafs.

According to the NHL insider Elliotte Friedman, who published his long-awaited 31 Thoughts column on Sportsnet on Tuesday, there might be a new offer on the table for the Marner camp.

However, even Friedman knows his report might rub people the wrong way…

“It is impossible to write or talk about Marner without offending someone, so here is my attempt at a bias-free take: It’s tense and personal. My belief is Toronto is willing to go to an $11-million AAV, but only if he signs for seven years. I’d heard both sides might agree to two years — then let arbitration sort it out — but a few sources threw cold water on that. I mentioned during a radio hit last week the rumour that Marner’s representatives pitched a three-year contract with a structure similar to the Meier/Werenski setup, with the third season as high as $15 million. However, I’m told that was several months ago and is no longer relevant, although both sides have continued to explore that kind of an option. I don’t sense things are anywhere close.”

While there are contradicting elements to the new deals revealed in Friedman’s analysis, it seems like Marner could get away with his desired annual salary if he can come to terms with staying in Toronto for the next seven years.

Many fans have focused on Marner’s salary and his wish to get paid as much as teammate Auston Matthews, however, the Maple Leafs and general manager Kyle Dubas are quite focused on terms and this could be what’s holding up a deal in the end.

Marner might not want to miss out on the regular season, but it remains to be seen if he will hold out some more to get what he wants from the Maple Leafs.