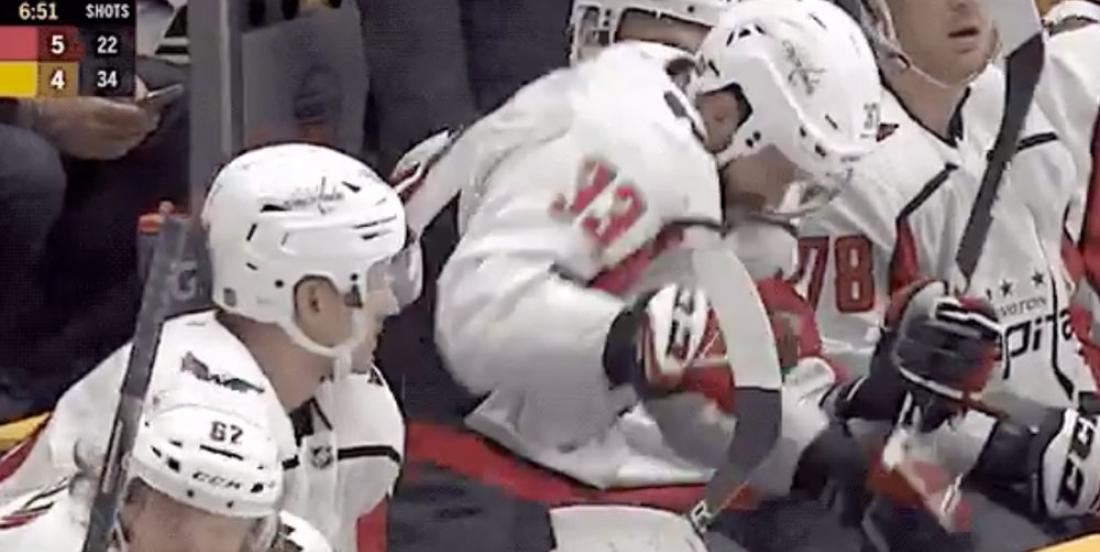 When it isn’t enough to look like an idiot once…

We all know that defenseman Radio Gudas can have a bad temper and things haven’t changed since he was traded to the Washington Capitals.

During the third period of the Caps’ 6-5 loss at the hands of the Nashville Predators, Gudas chased the puck behind his Braden Holtby’s net only to get dumped and rocked by Austin Watson.

After the hit, Gudas had a few choice words for Waston, but did not go after him or invite him to drop the gloves.

However, the blue liner headed back to the bench, and got mad next to his new teammates. The camera caught Gudas flipping out at the bench, attempting to break his own stick in half but failing miserably.

We can’t imagine how he reacted to the loss once in the dressing room… Gudas ended the night with two shots on goal, a +2 rating and two penalty minutes… and two incidents where he didn’t look his best!