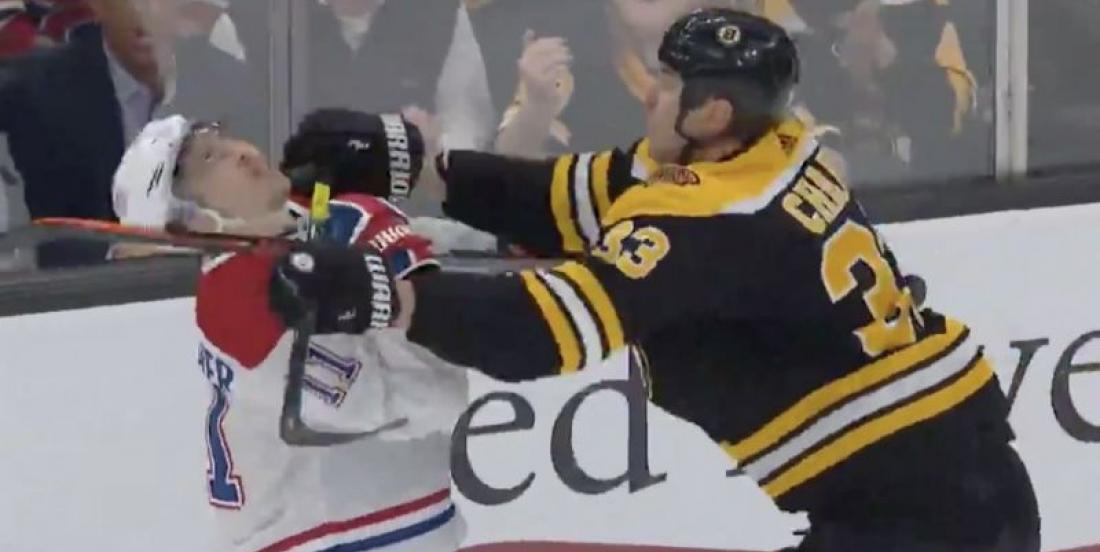 We all know the rivalry between the Montreal Canadiens and Boston Bruins, and it seems like forward Brendan Gallagher didn’t want us to forget.

Gallagher has been very active on TikTok since the beginning of confinement and  published on Tuesday a video to remind Bruins’ captain Zdeno Chara of their special relationship.

The Habs’ forward used the footage of Chara viciously cross-checking Gallagher during their Feb. 12 game and then mocking him for embellishing the hit.

The hit was a hot topic amongst Habs fans seeing that Chara received a minor penalty and Gallagher received a roughing penalty on the play. On top of that, Chara avoided a suspension for the hit and was fined $5,000 instead.

Gallagher used the video to let Chara how much he misses him during the NHL shut down due to the COVID-19 pandemic, and even dares to use the song ‘You’ve got a friend in me.’

We love the sarcasm!

However, let’s not forget that Chara had taken the time to call Gallagher after the cross-check to apologize for his gesture.

It could be genuine after all…