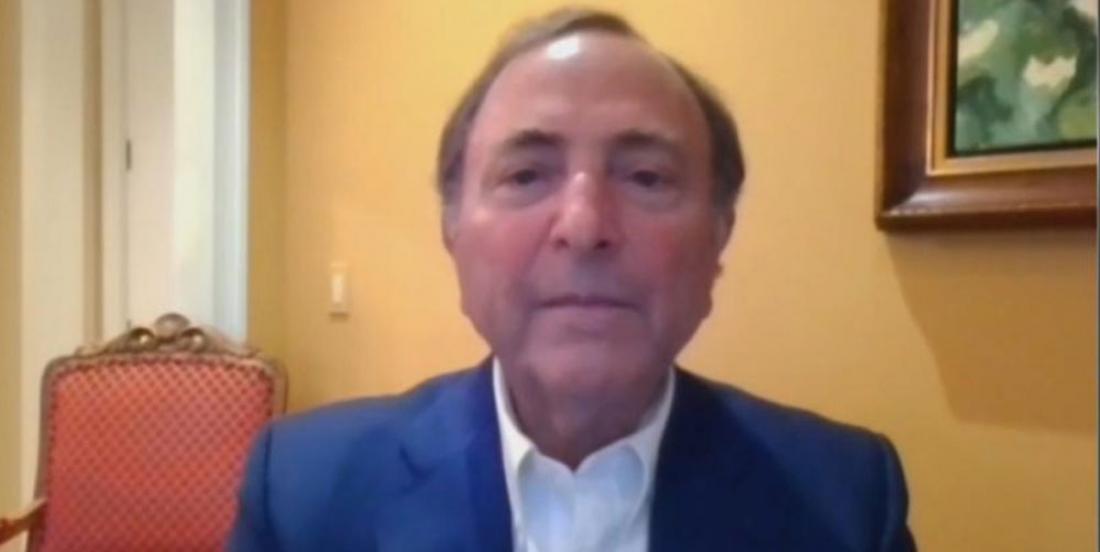 ​That kid just did the impossible : made his grandpa more popular!

While NHL commissioner Gary Bettman made one of the biggest and most important announcements in history of sports on Tuesday, sharing all encouraging details of the resumption of hockey action, someone in his family was too busy to care.

Before of the COVID-19 pandemic and strict regulations, Bettman made the announcement from his home, but as it was broadcasted live, he could not predict that his three-year old grandson would still the show.

The kid interrupted his grandfather’s important message and interviews more than once as we could clearly hear him screaming, barking like a dog and banging pots and pans in the background.

At some point, Bettman needed to address all the commotion and revealed that his three-year-old grandson was playing nearby in the kitchen.

“If you can hear noise in the background, my three-year-old grandson is running amuck in the kitchen.”

It did not take long for the young boy to go viral on social media.

It is a reality for everyone out there, including the NHL commissioner : some of us have to work from home and Gary is just one of us dealign with all of life’s chaos at the same time.

Gotta love the kid for making his grandpa trendy!