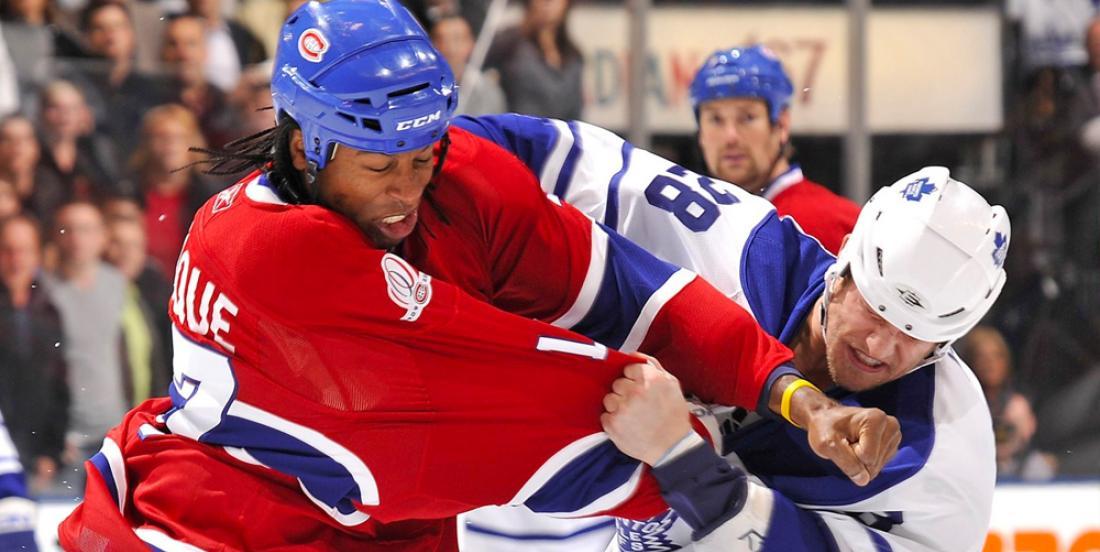 Thankfully, the big man has recovered to the point where he has been released from hospital and is now back home. He hasn’t made a full recovery yet, but he’s through the worst of things.

“I was really struggling but just the fact that since yesterday I didn’t need extra oxygen to breathe it was really encouraging because you know, gasping for air is one of the worst feelings when you can’t breathe,” Laraque said earlier today in a call with TSN’s John Lu.

Laraque, who is an asthmatic, never feared for his life, but there was concern that his asthma would complicate things for him.

“So I’m in a room [in the hospital] with three people, all infected, sitting there not knowing what’s going to happen. And just plugged to oxygen and waiting for my lungs to get better. I knew my life was not in danger, but still.”

Laraque believes that he contracted the virus while grocery shopping for some elderly neighbours.

“Elderly people don’t want to go out of the house to get groceries so I volunteered for them and I did that for them because it was advised for them to stay at home. So I just took their list of groceries and went to a couple different grocery stores to pick up stuff for them. And when I did that, you know how contagious this thing is, you could be picking up a product, touch your face after and that’s it,” he said.

“So it just shows you that you could pretty much get it anywhere and you just have to be really careful.”

Amen, Big Georges. Hopefully we see you up on your feet in short order.