After being one of the best players for Team Russia at the 2015 U18 WJC, Dmitry Zhukenov was drafted in both the CHL and the NHL. After being picked by the Vancouver Canucks in the fourth round with the 114th pick, he was then drafted in the CHL by the Chicoutimi Sagueneens of the QMJHL, where he pl

After being one of the best players for Team Russia at the 2015 U18 WJC, Dmitry Zhukenov was drafted in both the CHL and the NHL. After being picked by the Vancouver Canucks in the fourth round with the 114th pick, he was then drafted in the CHL by the Chicoutimi Sagueneens of the QMJHL, where he plays now. In this exclusive interview, Canucks prospect Dmitry Zhukenov talked in his native Russian about his first steps in hockey, his move overseas, and the Canucks rookie camp.

– Hello Dmitry. Can you tell us a little bit about yourself? Where were you born? When did you start playing hockey?

– I was born in Omsk. I started playing hockey when I was five.

– Did you always play in Omsk before moving to Canada?

– Yes, I always played here. First I played in the kids sections, then I moved on to play in the MHL.

– Did you always play as a forward?

– No, I did not. I spent the first two years playing on defense, then I was moved up to forward.

– Many Russian players are homesick after they leave. Was it hard to you to leave Omsk?

– The hardest thing was to leave my family. For all the rest I didn’t have any problem at all.

– At Avangard probably they told you that you can always get back if things don’t go as they should.

– Yes, I can always get back home, but of course I don’t want to miss the chance to measure myself here in Canada. 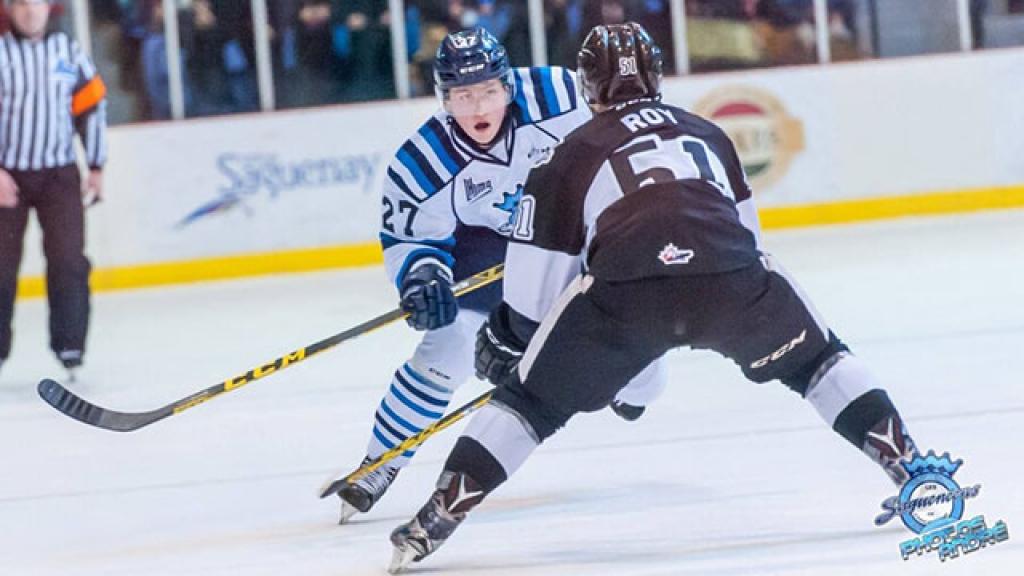 – Are you alone in Canada? Don’t you have a girlfriend?

– I have a girlfriend, but for now I didn’t have a chance to bring her with me here.

– How did you start your North American adventure?

– I got to America first for the pre-season practices. Then I moved to Vancouver for the camps. Vancouver is a very beautiful city. And then I finally moved to Chicoutimi.

– How do you like it there? Do you live in a billet family?

– I like it a lot here. Yes, I live in a billet family. A very good family (smiles). The father there is a school director, and also a QMJHL scout. The mother is a teacher at school. They also have a son and a daughter. We do have a very big family!

– That’s good. Do they attend your games?

– Is there a big difference between the QMJHL and the MHL?

– Yes, I think that hockey here in Quebec is still better than in the MHL. This is why I decided playing here.

– Do you think it’s better in what precisely?

– In preparing players to professional hockey. Here hockey is much much faster, you have to take your decision within a lot less time. Moreover, at each game the arena is packed of fans.

– The WJC ended not long ago. Was it hard for you not being called?

– Of course I wanted to play at the WJC. But well, I can still play there next year. I simply have to work even harder and avoid becoming disheartened.

– Yes, of course, I watched every game. There were my friends playing there, I played with many of these guys at the U18 WJC last year.

– Probably Team Russia could even win the gold medal.

– Yes, it was possible. Everything was up to the team.

– In Chicoutimi you play with your fellow countryman Artem Maltsev. Do you spend a lot of time together?

– Yes, Artem is my teammate. At first we were living together, but now we meet pretty much only at the practices. Sometimes we go to each other’s home. 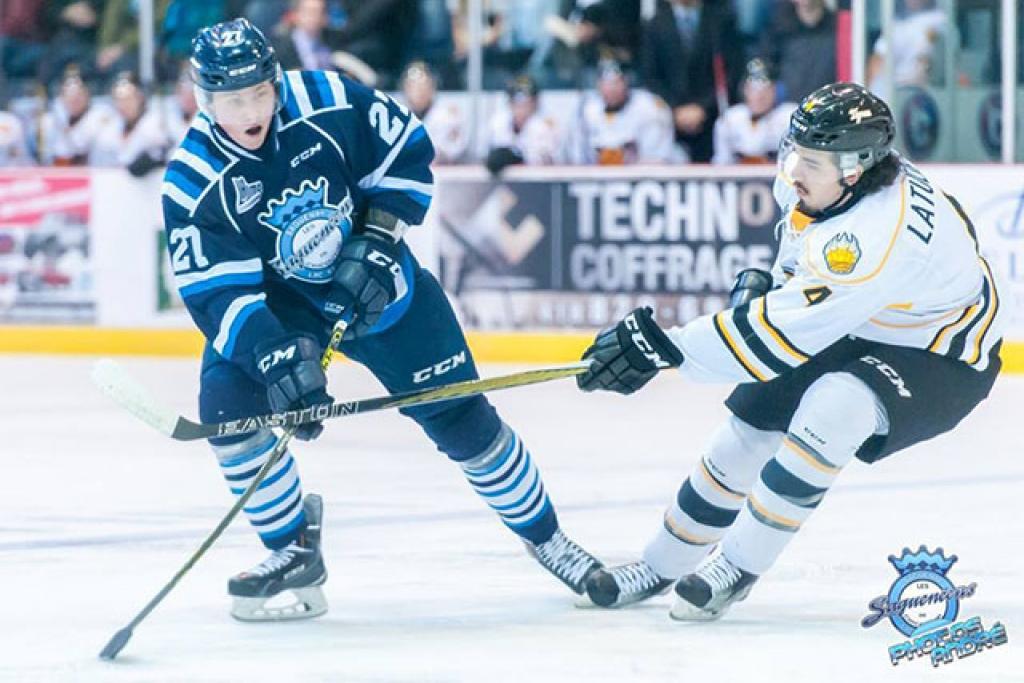 – And what about French language? Can you talk French?

– No. I don’t speak French at all. But it’s not a problem. Within the team everyone talks English and also in the city almost everyone talks in English.

– What impression did the Canucks rookie camp left to you?

– It was incredible, unforgettable. It’s hard to express with words what it felt like playing with NHL players. Everyone wanted to talk with me, it was a great group, everyone was very friendly.

– What did the coaches told you? Were they happy about your game?

– Everyone was satisfied, the only thing they truly asked me was to work on my conditioning.

– Did you talk with the Canucks representatives during the season?

– Yes, after the rookie camp I talked with the Canucks GM. He told me that for this season the goal was to gain strength and improve playing in the junior leagues.

– In a recent interview, New York Rangers prospect Pavel Buchnevich declared to be not interested in playing in the AHL. What about you?

– Of course I’m ready to play in the AHL in the future.