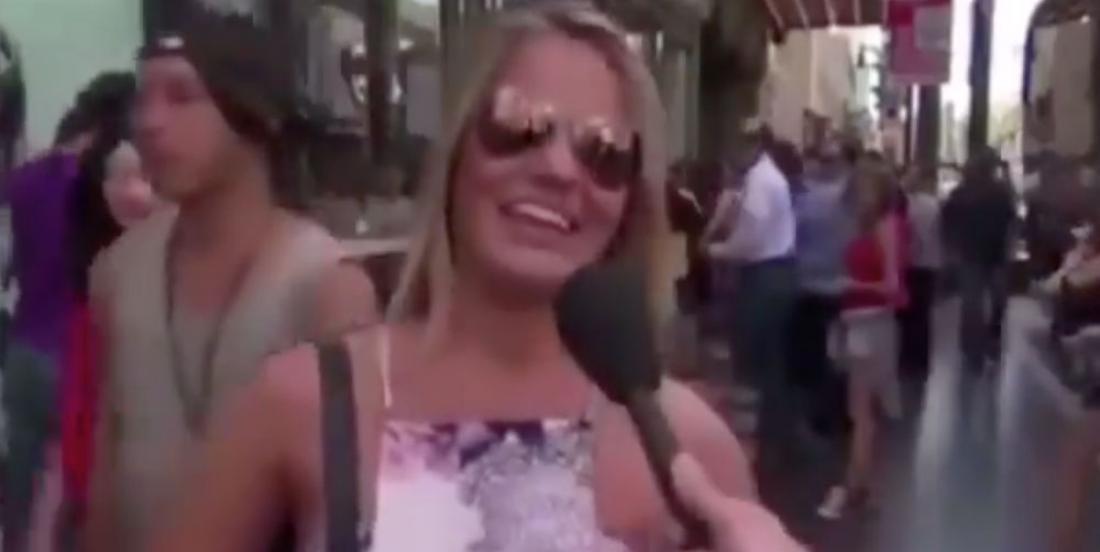 The Instagram account Hockey Benders always comes out with great hockey entertainment and often surprises their followers with some unexpected gossip. This week, it reminded us how a girl admitted something huge to Jimmy Kimmel back in 2015!

That is what happened when the account posted an interview held with a gorgeous blond girl on the streets as she answered questions about her personal life.

She goes on to admit that her boyfriend found out she had cheated on him before he slept with a famous athlete.

Kimmel wanted more. After asking what sport the mystery man played and what were his initials, he managed to found out it was Lightning forward Tyler Johnson when he asked the girl what team he played on.

It wasn’t hard to guess and as soon as Kimmel found one his name, the girl looked embarrassed and left the interview.

Hockey. TJ. Lightning. Come on girl, everyone could have put it together, not just your boyfriend.

This is what Johnson had to say then when it came out:

“I have no idea who she is or why what was said was said. People can talk but (that) doesn’t mean it’s true.’’ - Johnson