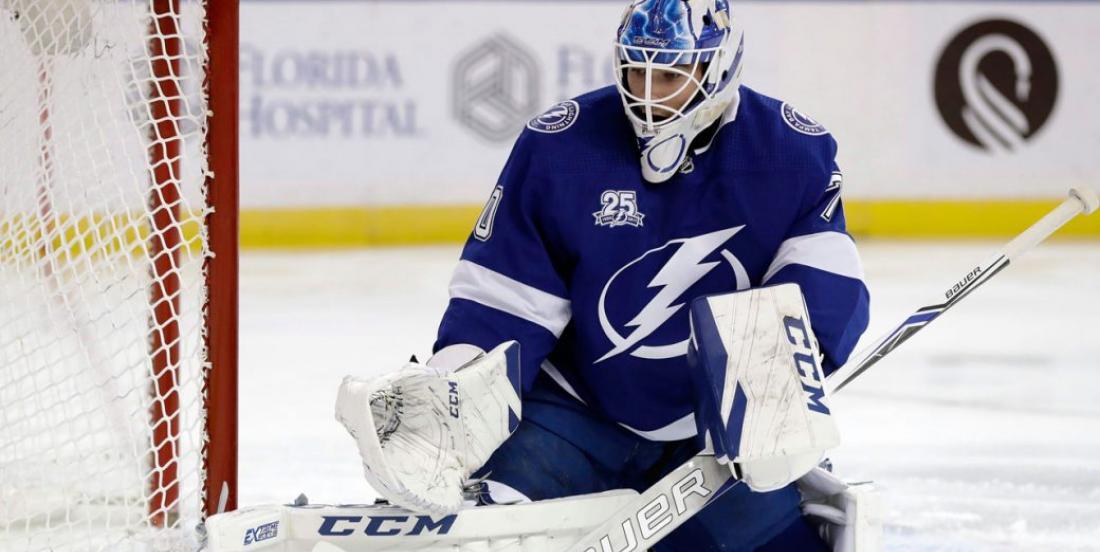 The Tampa Bay Ligthning attempted to trade goaltender Louis Domingue earlier this summer, as it was reported by team insider Joe Smith of The Athletic, but gave up on Friday and instead placed the veteran netminder on waivers.

Domingue was expected to be on his way out with Tampa Bay once the club signed Curtis McElhinney to serve as the official backup behind star goalie Andrei Vasilevskiy.

Landing spots for Domingue are likely limited, but there are several teams that could use a quality backup with experience. It remains to be seen if teh 27-year-old will go unclaimed before Saturday at noon.

Of course, the Quebec native would love to get a chance to be the starter. However, there isn’t much chance of that happening at the moment. However a change of scenery could be beneficial for him.