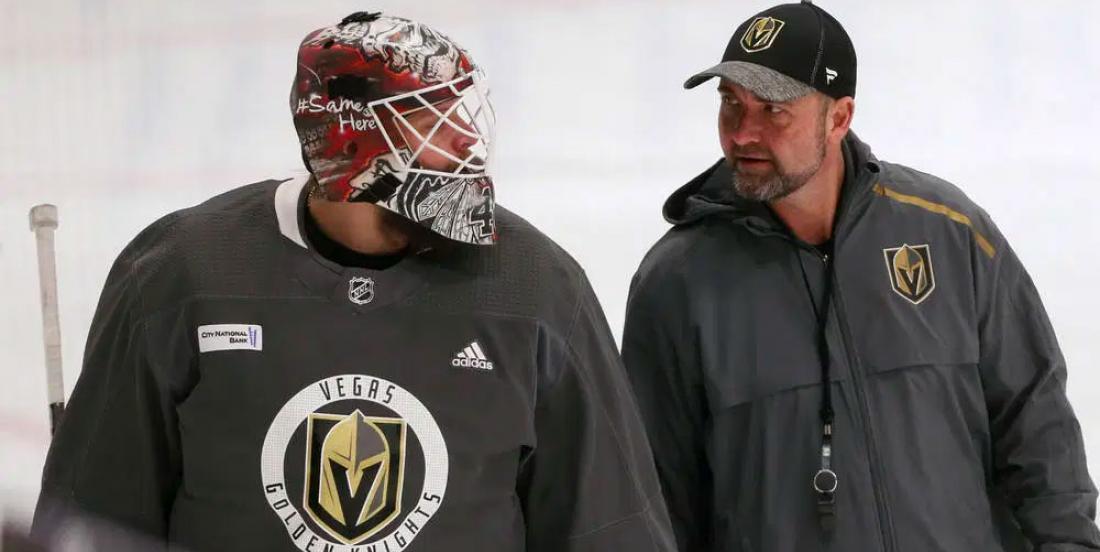 While fans and pundits are amazed by the goaltending situation for the Vancouver Canucks at this point in the postseason (Thatcher Demko has been incredible in the absence of Jacob Markstrom: the 24-year-old has stopped all but one shot from the Vegas Golden Knights in two contests and has led his team to a do or die Game 7 taking place tonight), those fans have been wondering all day which goalie will start in this do or die Game 7.

Everyone has been wondering why Marc-Andre Fleury was not used for the club’s Game 6 last night. The Golden Knights are now in a pickle seeing that Robin Lehner, who has been favoured over the beloved Flower ever since the postseason started, did not play well in three of Vegas’ six games against the Canucks in their best-of-seven Western Conference semi-final series.

But it sounds like head coach Peter DeBoer has made his decision on who will be in between the pipes tonight and we knew it was going to be controversial.

According to TSN senior writer Frank Seravalli, his sources have reported that Lehner will get the start for Game 7.

This will only fuel those rumours..

In games two, five, and six, Lehner made just 56 saves on 65 shots and all of the sudden the team is not even going with Flower…

Let’s see how it turns out.