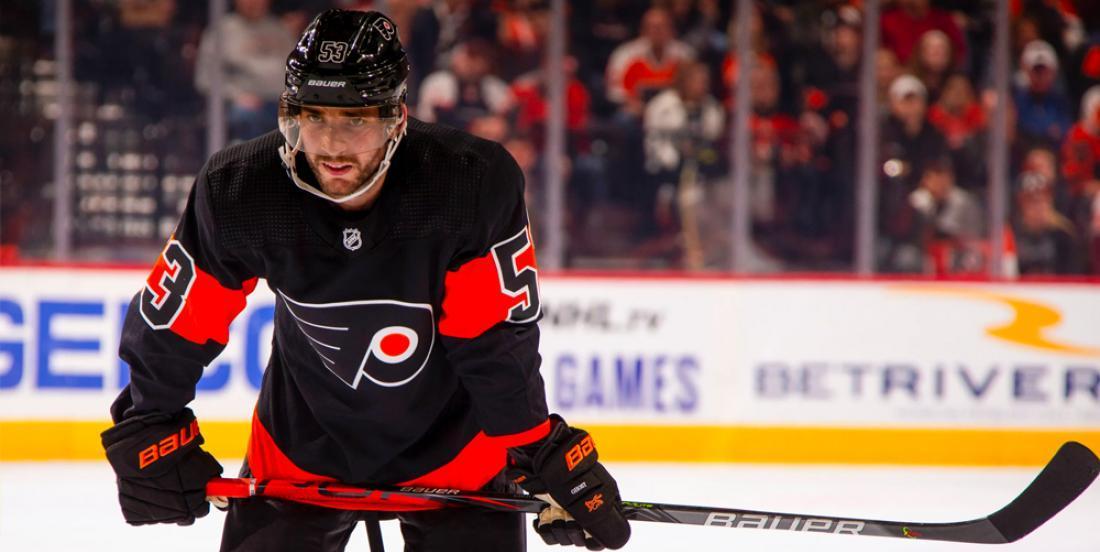 This just in from Philadelphia Flyers insider Adam Kimelmann of NHL.com, Flyers defenseman Shayne Gostisbehere underwent yet another knee surgery during the NHL’s pause and hopes to be ready when the Flyers begin the Stanley Cup Playoffs next month.

Shayne Gostisbehere had arthroscopic surgery on his right knee 7 weeks ago, after having surgery on his left knee in January. Working his way back, hoping to be ready for playoffs.

Gostisbehere, of course, missed nearly half the 2019-20 regular season after suffering an injury to his other knee back in January. That’s two knee surgeries in under six months. That’s… that’s not good news.

In any case, the Flyers’ blueliner tried to avoid surgery as best as he could but it seemed like rehab wasn’t doing the trick.

Gostisbehere: “I was trying to rehab it & no way I could rehab it. I had another scope done, small little cartilage thing. … I was compensating (for left knee) so much over time that my quads were uneven & it was hard to fix it off the ice.”

The 27 year old Gostisbehere had just five goals and 12 points in 42 games for the Flyers this season and was a semi-regular healthy scratch under new Flyers head coach Alain Vigneault. It's probably not fair to judge Gostisbehere's play this season given his injury issues, but it's clear that he's just not the 13 goal and 67 point player that he was in 2017-18. Nevertheless, he's a capable defender and surely the Flyers will miss having him as an option if he can't play when the Stanley Cup Playoffs officially begin next month.

In other Flyers' news, the team has signed defenseman Mark Friedman to a two-year contract extension.

Read below for the full press release announcement of Friedman's signing:

The Philadelphia Flyers have signed defenseman Mark Friedman to a two-year, one-way contract with an average annual value of $725,000, according to President of Hockey Operations & General Manager Chuck Fletcher. The contract covers the 2020-21 and 2021-22 NHL seasons.

Friedman, 24 (12/25/1995), recently completed his third season with the Lehigh Valley Phantoms, where he scored three goals and added 15 assists for 18 points in 45 games. He also saw action in six games for the Flyers, during which time he picked up his first NHL assist.

Over his time with Lehigh Valley, Friedman has scored 10 goals and added 51 assists for 61 points in 186 games, and has added two goals in 13 Calder Cup Playoff games. He made his NHL debut on April 6, 2019.

A 5-10, 192-lb native of Toronto, Friedman turned pro in 2017 following a three-year career at Bowling Green State University. He was selected by the Flyers in the third round (86th overall) of the 2014 NHL Entry Draft.