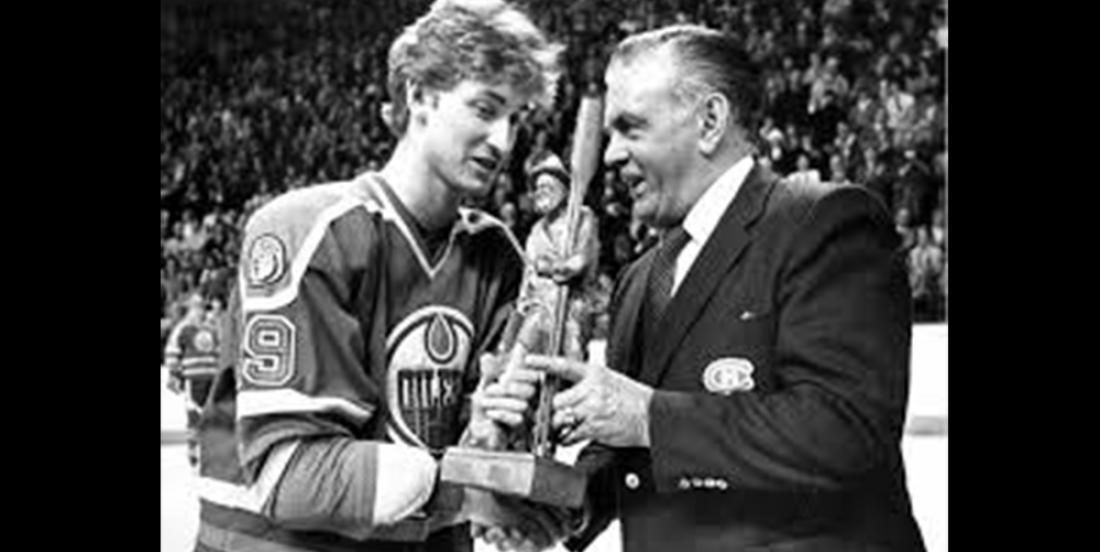 The Habs icon gets a reaction out of the Great One in a way that no one else can.

When you think of the NHL's all-time greats you think of names like Gretzky, Orr, Howe and Lemieux. But, Howe aside, we rarely hear about hockey's first generation of superstars when discussing the all-time greats. Why aren't Sawchuk and Plante named alongside Brodeur, Hasek and Roy? Why don't we list Harvey and Shore alongside Orr and Lidstrom?

Case in point, think of the NHL's all-time greatest goal scorers. Who pops to mind? Gretzky, Hull, Bossy, Ovechkin, Jagr, Esposito. What about the guy that the goal scoring trophy is actually named after? You know... the Rocket Richard Trophy? What about Maurice "Rocket" Richard?

The Rocket ranks 31st all time in NHL goal scoring, potting 544 goals in 978 career games. Bossy and Lemieux aside, Richard is the only goal scorer in the NHL's top 50 to play fewer than 1,000 games. He was also the first NHL player to score 50 goals in a season, the first to score 500 in a career and was the league's all-time leading scorer when he retired in 1960. In short, he's a legend.

And when a legend recognizes your accomplishments, even if you're Wayne Gretzky, it means the world. That's why when Richard, who passed away in 2000 from cancer, gifted a replica Rocket Richard trophy to Gretzky, the Great One was overwhelmed.

"The Rocket told me: 'You know, Wayne, you're never going to win this trophy', Gretzky told NHL.com recently. "At that point I had something like seven goals on the year so I said: 'Yeah, you're probably right.' But he said 'You're never going to win this trophy but you should have one for all the goals you scored.' I remember thinking, 'This is so cool.' And he gave me the replica of the Rocket Richard trophy for the League's leading goal scorer."

"It's a replica of the Maurice Richard Trophy that he had made up for me and personally presented to me," he said. "I'll never forget it.

"It means so much. It always has and it always will."

"I've got a great photo of The Rocket and I with the trophy," he said. "Like I said, it's the only trophy I have in my house. the one he gave me, so I feel pretty honored that he was kind enough to come down and give it to me."

An incredibly classy move from one of the classiest people to ever play the game.