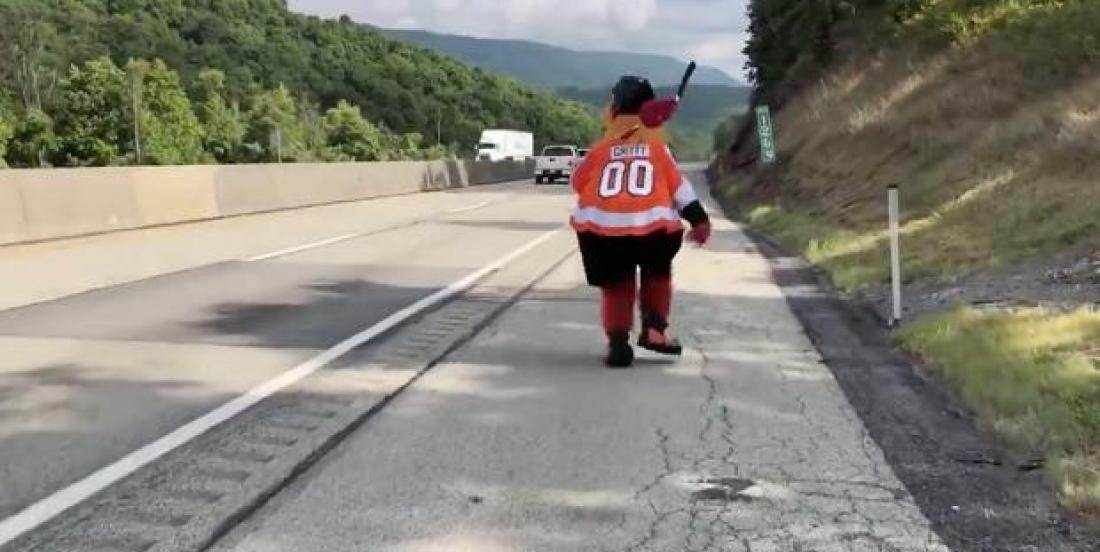 Philadelphia Flyers mascot Gritty was so happy to see his team clinch a spot in the second round of the postseason that he decided earlier this weekend to go on a road trip to join his teammates in the NHL Bubble of Toronto.

But it was turned terribly wrong…

He found himself in Ohio on a Scotiabank Arena trip gone wrong and he appears to have punch in the wrong Toronto in his GPS and things went downhill from there.

He at least made fans laugh quite a bit when he first posted a concerning video of him throwing rocks into “the Niagara River” - when he first realized he had made a terrible mistake. The mascot’s next tweet was of a city sign that read, “Welcome to Toronto the Gem City.”

That’s when fans knew for sure he wasn’t in the bubble with his team… Gritty accidentally travelled to Toronto, Ohio, a small town that shares its name with the iconic city and ended up having to hitchhike back home to Philly on Monday…

That’s sad, even for Gritty.