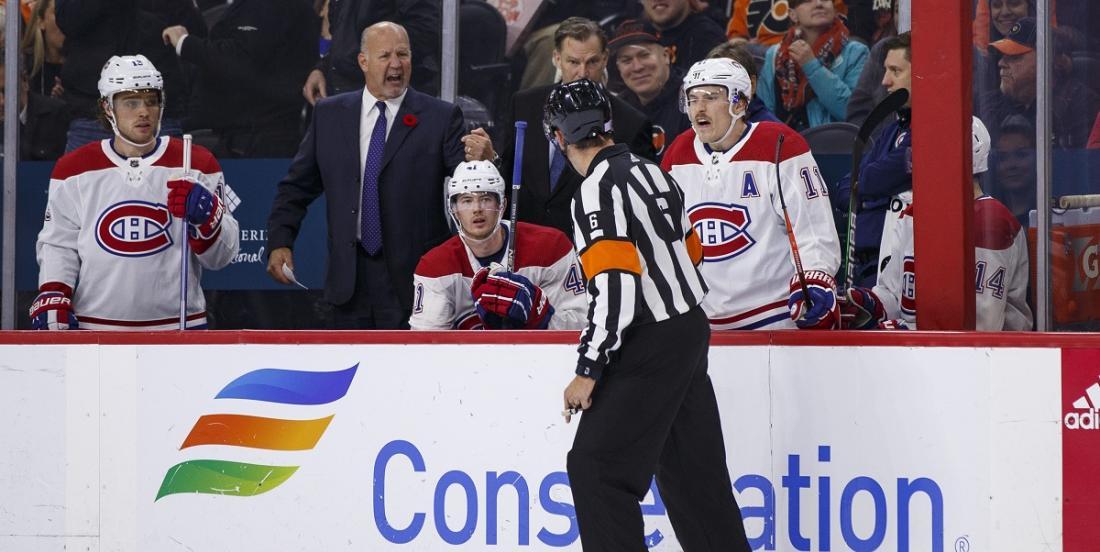 This decision will not be a very popular one in the city of Montreal.

The National Hockey League's Department of Public relations has just announced that they have issued a massive $10,000 fine to Montreal Canadiens head coach Claude Julien for comments he made following Saturday's game against the Dallas Stars. Although the press release did not provide any details regarding which of the comments made by Julien following the tough loss landed him in hot water, it seems pretty obvious why the NHL got upset here. Julien absolutely tore into the officiating crew following their loss to the Stars, going so far as to suggest that the referee overseeing the game should feel embarrassed.

"Like I said, (the officials) looked frustrated, or one of them looked frustrated tonight — the referee," said Julien over the weekend. "He should have been, because to me it was embarrassing. I can’t say anything else. We take responsibility for some of our stuff and when we’re not good I’m going to stand up here and say we weren’t good enough tonight. Well, tonight we had to beat two teams and it was tough."

When you consider how much the NHL likes to hand out fines for people who are critical of their officials, that was a damning statement from the veteran head coach, but even that did not compare to the reaction from Montreal Canadiens forward Brendan Gallagher. Following the conclusion of the game Gallagher skated over to the officials and gave them a piece of his mind, a rare display of raw emotion and frustration from a player directed at NHL officials following the conclusion of a game. Gallagher could be seen jawing back and forth with the officiating crew and it was obvious that there were some expletives being tossed around on both sides, with one official even telling Gallagher to "f*** off"" when he complained about the unfair treatment they had received.

The Habs playoffs hopes this season are a serious long shot, however a win on Saturday would have made their hopes of making it all that much more realistic. Instead fans in Montreal and several members of the Canadiens organization themselves are now crying foul after some rather poor officiating.