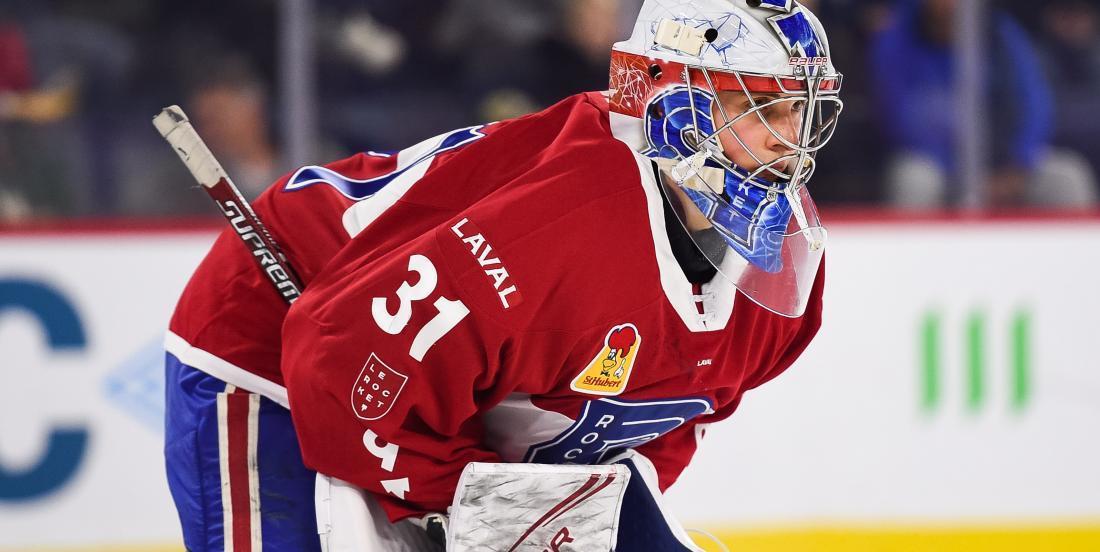 Cayden Primeau is re-joining the Montreal Canadiens as an emergency call-up. The team has announced Carey Price is sick with the flu and will not be joining the team for its game in New Jersey Tuesday.

The team cancelled its morning practice today in an attempt to curb the spread of the flu virus.

"Everywhere you turn around, you're touching the same things," explained head coach Claude Julien. "It just takes one or two players, you know, door handles, anything. We do our best. We try to disinfect the rooms, we encourage the guys to use the disinfectants that are everywhere in the dressing room and do the best they can."

It has not yet been announced whether Charlie Lindgren or Primeau will get the start against the Devils.

Meanwhile, Julien informed the media Monday that Jonathan Drouin was still not ready to return from his wrist injury that has kept him out of the lineup since mid-November and won't be making the trip to New Jersey with his teammates. There was some talk that Drouin could possibly return to the lineup as early as last week but that obviously didn't happen. No definitive word yet on when he'll play again.