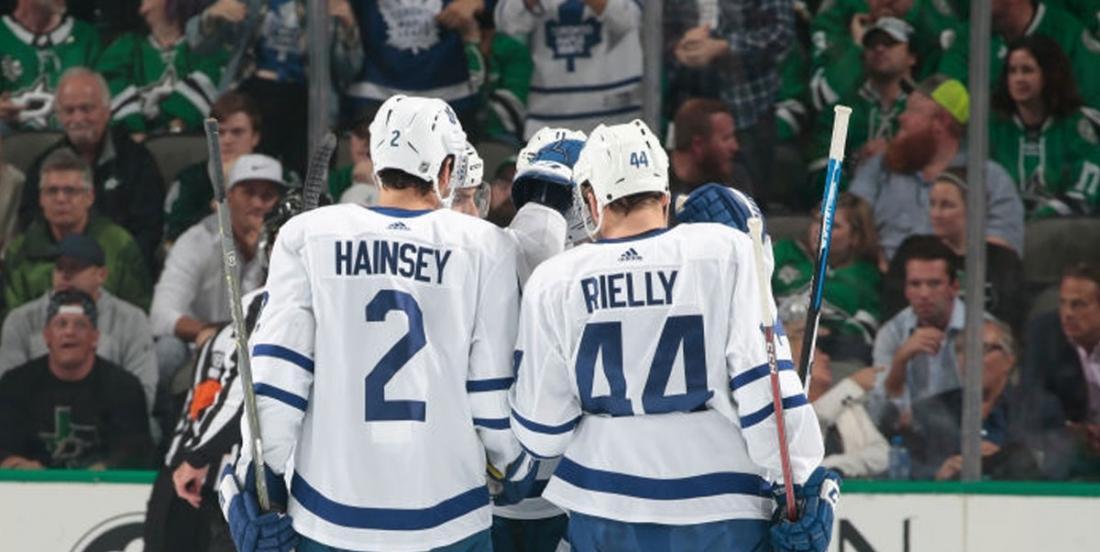 If it had been published ahead of the Last Men vote, maybe Reilly would be in...

Morgan Rielly's teammates did everything they could to get him into the All-Star Game.

Toronto Maple Leafs forwards Patrick Marleau, Auston Matthews, Mitch Marner and Zach Hyman took a little time out of their evening on Wednesday to give Rielly a much deserved All Star Game boost. In three clearly scripted, yet poorly acted clips the Leafs players do their best to pump up Rielly in the hopes that fans will vote him as the “Last Man In” for the All-Star Game later this month.

They surely went all-out in campaigning for the Maple Leafs defenseman to earn a trip to this month’s all-star game in San Jose, however, the vote revealed earlier today that Rielly lost out on the Atlantic Division’s final spot to Buffalo Sabres’ winger Jeff Skinner.

The blue liner appreciated the promotion his teammates worked on, however, it was revealed that the best video did not even see the light of day.

"My favourite was never released. It was Ron Hainsey,” Rielly said after the Leafs’ Friday practice, per TSN. “He purposely made it so we couldn’t share it with the public. But I have it. I’ll have it for a while.”

If it had been published ahead of the Last Men vote, maybe Reilly would be in... We will never know.

“I think Jake [Gardiner] was the one behind it all,” Rielly said. “I’m appreciative of the effort. I think the acting needs some work, but I love my teammates and I think they did a good job and I appreciate all the effort.”

The Maple Leafs top defenseman would have deserved a spot for sure as he is considered a front-runner for the Norris Trophy, sitting first in goals by defencemen (13) and second in points so far this season. With 13 goals and 45 points in 42 games it’s absolutely RIDICULOUS that Rielly wasn't an automatic, slam dunk pick to already be on the All-Star Game.

At least, he can appreciate the support and love of his teammates, and, he is the only one with the inappropriate video from Hainsey.