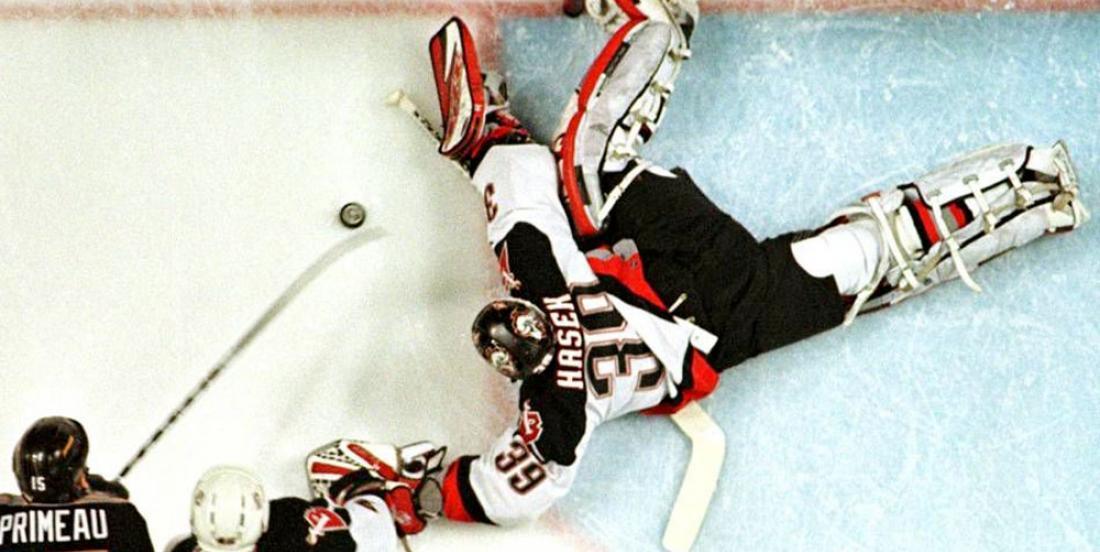 It’s honestly one of the best debates you can have in sports. Who is the greatest goaltender in NHL history? While Wayne Gretzky tends to dominate any conversation about the best player in NHL history, goaltending is a little more tricky.

Patrick Roy has four Stanley Cups, three Conn Smythe trophies, and three Vezina trophies. More importantly he absolutely revolutionized the position in the late 80s and early 90s to the point where literally anyone who played between the pipes in the NHL after him owes him a tremendous debt of gratitude. Roy was a proven winner and perhaps the most competitive netminder in history.

What about the old guys? Terry Sawchuk, Jacques Plante and Glenn Hall? How do they rank?

Personally… while I can appreciate everything written about the above mentioned netminders, there’s one goalie who simply stands head and shoulders above all others: The Dominator.

Dominik Hasek, in this writer’s opinion, is the greatest of all time.

Five Vezina Trophies in six seasons (during the Brodeur and Roy era), back to back Hart Trophies, an unprecedented Olympic gold medal and two Stanley Cup championships. Not bad, not bad at all.

So… if you’re like me and you can’t get enough of the Dominator, check out this video with Dom where he sits down with former teammate Martin Biron to break down the top 3 biggest saves of his career with the Buffalo Sabres: