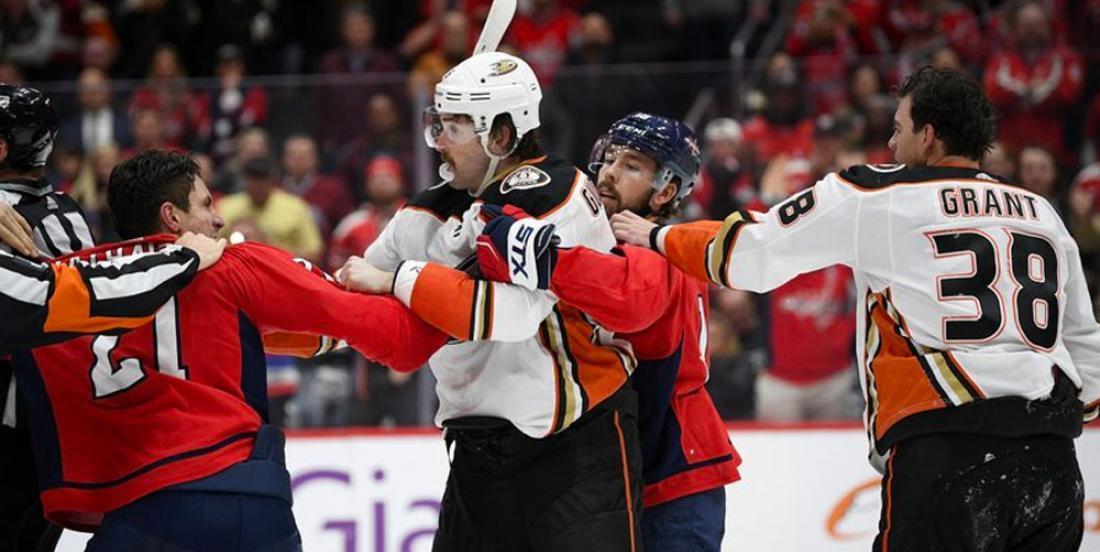 If you missed last night’s game between the Washington Capitals and Anaheim Ducks, you missed out on some old-time hockey. The Capitals ended up taking the game 5-2 but not before some great theatre.

After all this madness, referee Wes McCauley confirmed with his officials on the correct call. Goal? No goal? Penalties? What on Earth is going on here! McCauley took his sweet time sorting things out and the teams were forced to wait more than five minutes while the officials got things straight. In the end, the Caps were credited with the goal, but we’re still not sure how that decision was made.

What we do know a day later though is what precipitated this madness. According to Anaheim Ducks defenseman Erik Gudbranson, Caps forward Garnett Hathaway spit on him. Obviously that didn’t go over well and… well you saw the melee that ensued.

Seriously though… spitting on an opponent? How disrespectful can you be?

UPDATE: Here's a clip of the infraction:

Check out some of these quotes on how things went down last night in D.C.:

Now here's the thing... in a rare case of a player owning up to his actions, Hathaway actually admits to spitting on Gudbranson.

The fallout from all this is still to come, but it's unclear right now whether spitting is a suspendable offence or not. Stay tuned, hockey fans. More to come on this later today.